Christmas 2010 and other stuff

My kids are finally both in bed by 8:30, which means I have some "me" time and since my blog is terribly neglected, I figured it was time to update. I really wanted to post these pictures in order, but instead they are backwards, so bear with me.

Sam and I have been having a really hard time with Matthew. About a week ago he started throwing up his bottles and we took him to the dr. and he said it was probably a virus and it should pass. I tend to disagree because he was/is keeping down baby food and baby cereal. Four days passed and it was still happening, so Sam took him to the ER and they did xrays and ultrasound to look for anything that may be causing the barfs. All they could find was gas. Great. Well, in the meantime, we switched his formula to soy under recommendation of the pediatrician and he also prescribed Zofran to curb the throw up a bit and it works, but if we skip a dose, then he throws up again after a bottle feeding. We're on day 7 of this and it's getting old. I wish we had some answers. My mom suspects teething is the problem and I agree. I think the gas is causing the upset stomach and all the gastric problems are due to teething. Some dr.s will agree and some will not. I just hope we find a solution soon.

Ok, now on to the fun stuff:

Matt turned 8 months old on Dec. 23. He can now: crawl, pull himself up, play pat-a-cake, and eat an entire grilled cheese sandwich (in little bites of course), and slurp spaghetti...it's hilarious! 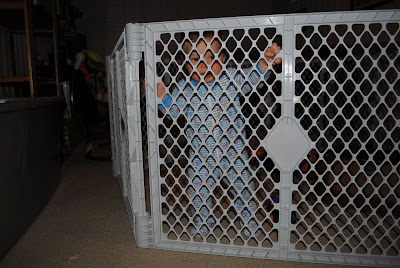 We had to buy a "rugrats" playpen for Matt because he gets into everything. He's fine if you're in the room with him, but the minute you step out of view, he starts crying and he pulls himself up (photo above) and cries. It's the saddest thing. 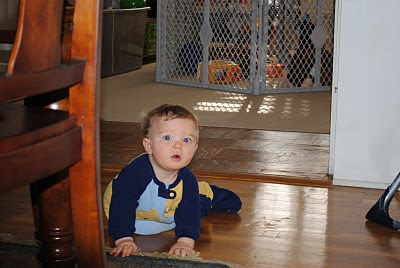 Here he is trying to sneak under the dining room table. 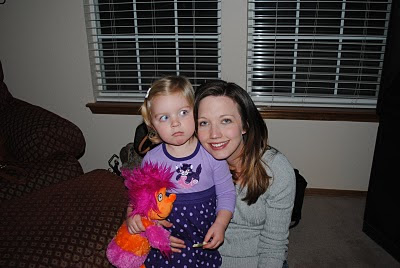 Christmas Day at Ama T's. I just wanted a decent picture with my daughter...guess not. 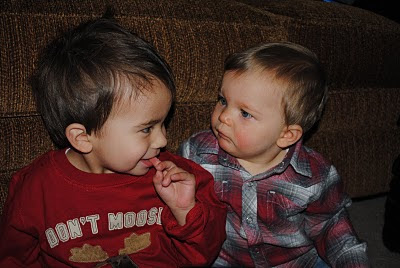 Matthew and his cousin Rafael. 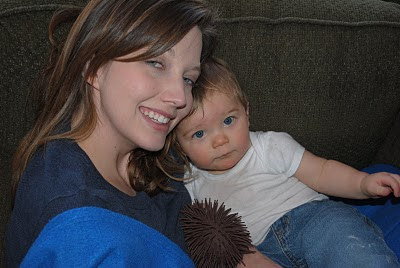 Trying to get a decent picture with Matthew. I ruined it. It was Christmas morning and I was exhausted. 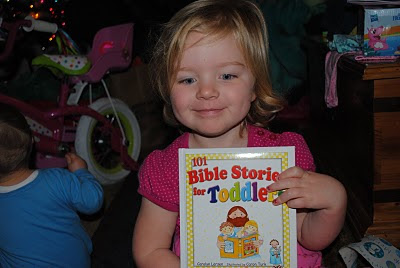 Sammy opening the present from Aunt Kim and Uncle David. She got a ton of books! Thanks again ! 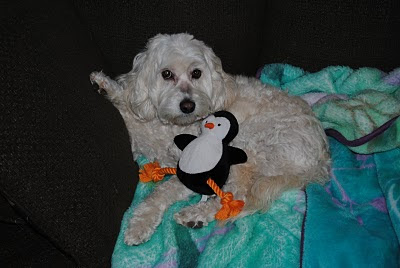 Of course, Santa brought something for Sydney too. 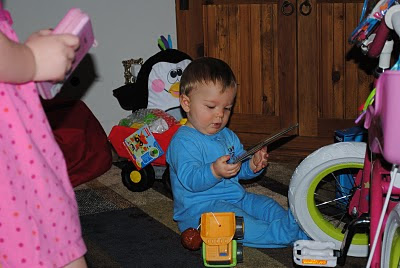 Matt checking out his presents from Santa. (The penguin terrified him, but he likes him now.) 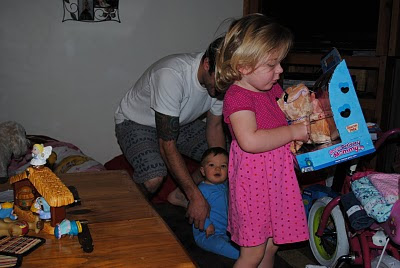 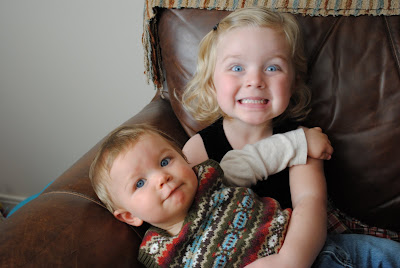 Getting ready to go to the Christmas Eve party at Grandma and Grandpa Wicker's house. 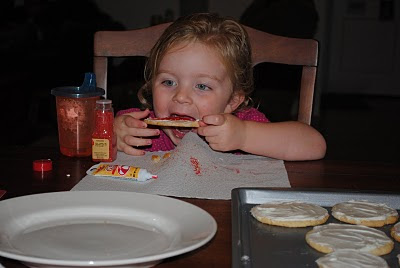 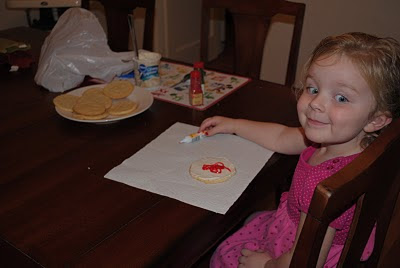 The cookie cutters did not work out for me. I'm so un-crafty that I can't even use a cookie cutter correctly. So we ended up making round cookies and drawing pictures. 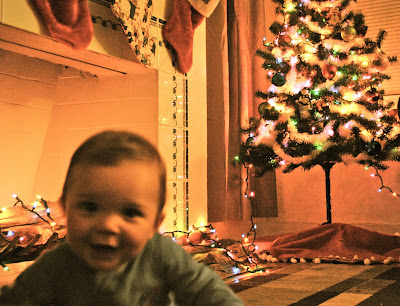 Kinda blurry, but I love it. 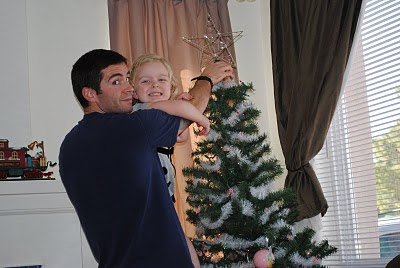 Hope everyone had a great Christmas. Happy New Year!
Posted by Michelle at 8:02 PM No comments: