This past weekend the kids and I went to Ruidoso, NM with my parents. Sam was in Tucson for his guard duty weekend and we figured we would head out of town for some R&R. Unfortunately, Matt had other plans. He was pretty much awful the entire trip. I can't blame him though. He is used to his bed and he NEEDS his routine. Here are some pictures from the trip: 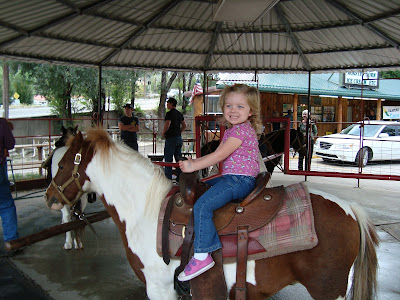 Sammy got to ride a pony for the very first time. His name is Peanuts. 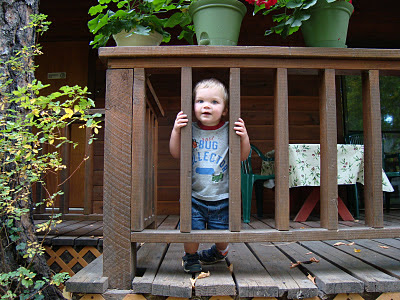 Matt being crazy on the back deck of our cabin. We spent a lot of time out there deer watching. However, anytime a deer came close, Matt yelled, "dog dog!!!" (That's what he called them.) 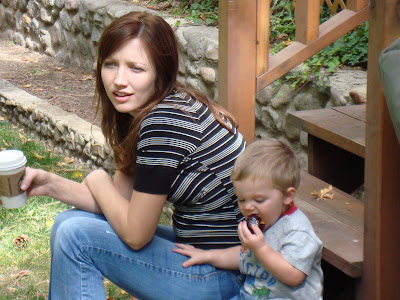 Matt eating a plum. That's one way to keep him entertained. He worked on that thing for a half hour. 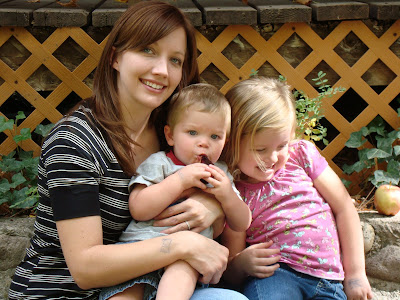 The kids and I. 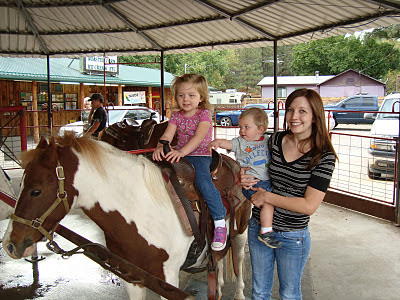 Matt was too little to ride, but he loved watching the ponies. 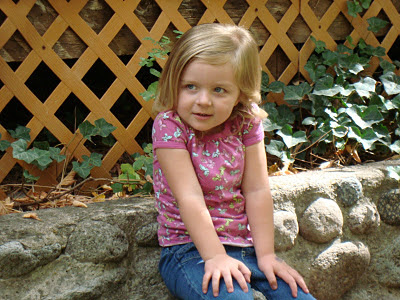 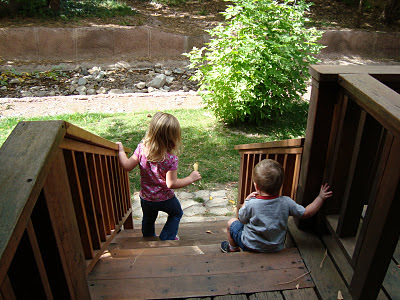 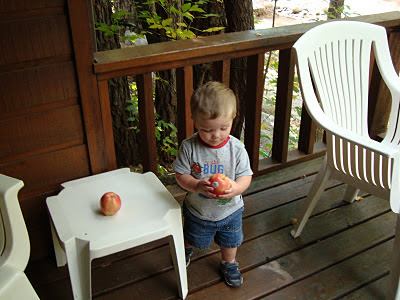 Apples that we left for the deer on the back deck. They ate them right up! 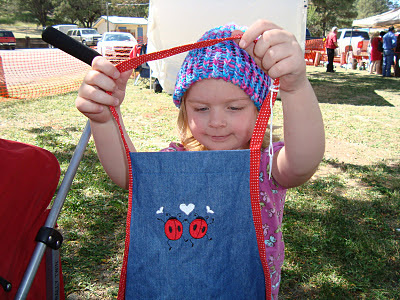 Sammy made out like a bandit at the local craft fair. She got a beanie and a new apron. Thanks Grammy! 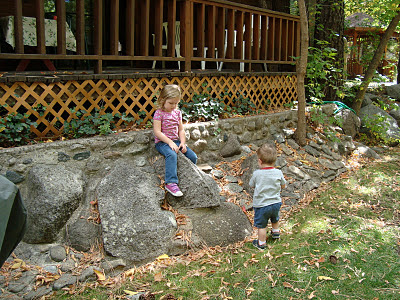 Even though Matt was a little terror, we still had a lot of fun. Thanks Mom and Dad!
Posted by Michelle at 12:55 PM 1 comment: