We scheduled Sammy's 3 year old check up and Matt's 4 month well baby at the same time.

Samantha: she's 3' 2'' and I forgot to catch the weight. She passed her vision and hearing test and had to get a shot. Apparently they came out with a new pneumonia vaccine that covers 6 more strains than the regular shot, so Sammy needed it, but she did awesome and didn't even flinch. I think she secretly enjoys shots because she gets a sticker. The dr. suspects she may have a touch of eczema, great. Her chest/ abdomen is very dry and sometimes gets inflamed. His solution was to bathe her every other day...gross. Sammy is a sweaty mess by the end of the day and lately she's been peeing in her bed and my bed at night and she refuses to put on a pull up. So, sweat +pee = my child needs a bath every night. He also gave her a prescription steroid cream, so I hope that helps.

Samantha lately: She went back to school on Monday and loves it. Some of her friends are in another class because they are older three year olds. It' okay though because she's making new friends too. She goes every day from 8:30 to 3:00. I could pick her up at 11:30, but she likes to stay for the afternoon too. It's good for me because she gets a consistent nap every day. The summer was torturous for us both because I could not get her on a schedule and she refused to nap. So, basically I pay someone an extra $160 per month to make my child take a nap, such is life.
She just turned three and we had a small party for her at Peter Piper and we had another party with Sam's family at his mom's house. I cannot tell you how many places I looked for a pinata...in El Paso. Finally found one and it was just what she wanted, Woody. She's very much into Toy Story 3 right now. 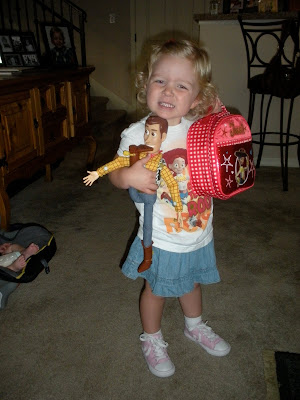 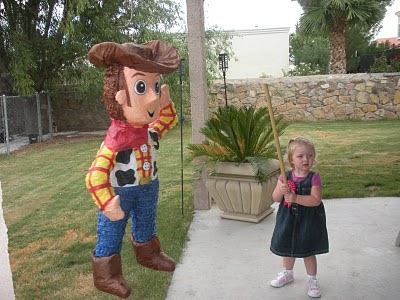 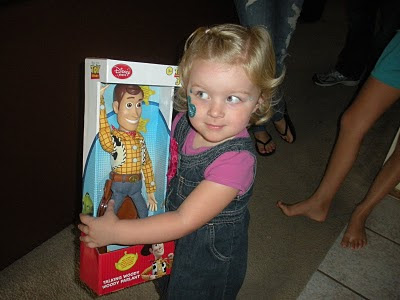 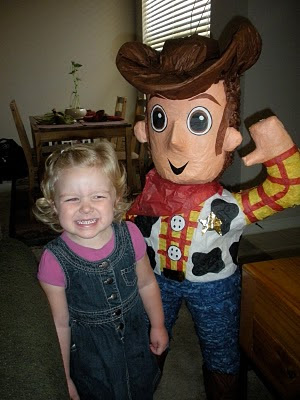 Matthew: 25" and 16 pounds. Poor thing had to get 3 shots and an oral vaccine. He screamed very loud and Sammy felt very bad for him. We made him a bottle and all was well with the world. We have been concerned because his left eye is always watering. The dr. said it is most likely a clogged tear duct and gave us instructions on how to fix it. If it doesn't clear up in a few weeks we need to take him to a pediatric eye doctor.

Matthew lately: This little guy has changed so much since he was born. His thick, dark hair fell out and now he has dirty blonde hair. I have only been able to laugh out loud once and it was because I made a random duck noise that I have sadly not been able to replicate. He is eating solids and loving it. We started him a bit early about 3 1/2 months, but eats great with a spoon and he was showing all the signs he was ready. He has had rice cereal, apples, pears, carrots, sweet potatoes, peas (not a fan), bananas, oatmeal & bananas (his favorite). He loves to talk/ scream. He puts himself to sleep for the most part (opposite of Samantha). He's just overall a pretty relaxed, easy going baby...opposite of Samantha.
I stayed up way too late trying to load a video of him laughing and it didn't work, ugh!!! Every time I want to put up a video it said an error has occurred. 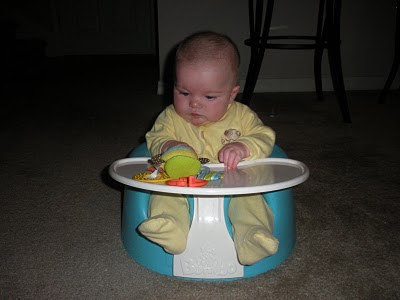 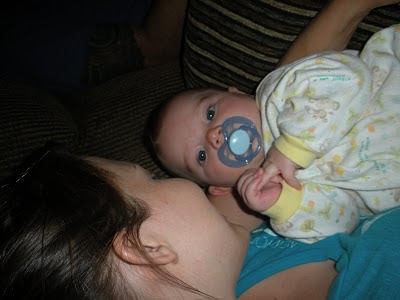 Not much has been going on around here, although it should be seeing as I have Samantha's birthday party to plan. It's hard though because she doesn't have a lot of friends here (she has friends in daycare, but she won't see them till the 23rd when she goes back to school.) She wants to have her party at Peter Piper, but she'll probably be the only kid there :(

Matthew has been babbling a lot and he started eating baby food! The problem is that he likes to talk when he eats which makes for a messy situation. His favorites are apples, pears, and sweet potatoes. He's not a fan of rice cereal, but we're working on that. He learned to roll over a couple of weeks ago, so video of that will be coming too. Exciting huh?

Sam has been training for a 50 mile ultra marathon in Cuba, New Mexico (Dead Man's Peaks trail run). He ran 24 miles today across town. He's nuts and that's all I have to say about that.

As for me, I decided it's about time I start working out a bit. I have been running for 30 minutes 3 days a week at the gym here at our apartment. Too hot to run outside. I hope to work up to more than just 30 minutes, but for now that's all I can do without my heart rate going above 190 (scary). I would love to join a barre class where you do ballet/yoga/pilates moves on a ballet barre, but I haven't found one here. I downloaded a workout for it, so we'll see how it goes.

And of course, Samantha. She learned to swim!!!! She's crazy though because she swims underwater. Sam takes her to the pool almost every day. Video to come!!
I keep trying to upload the videos, but it keeps saying an error has occurred. I'll try to put videos in the next post. 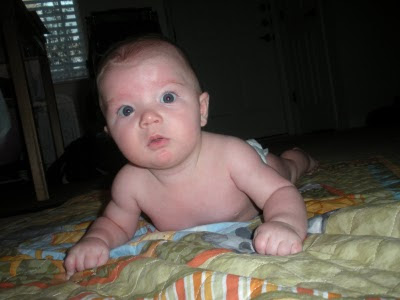 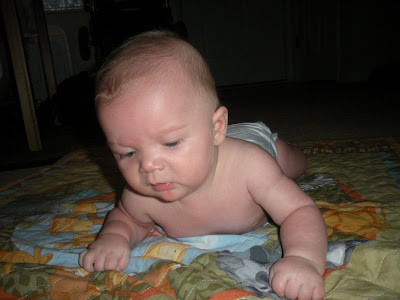 Posted by Michelle at 5:53 PM No comments:

I have kind of been in a rut lately. I guess the same 'ol, same 'ol is getting to me. I'm trying to think of things I can do. Maybe I'll join a yoga class. Just getting out and getting some excersize might be good for me. I haven't taken a lot of pictures lately (too busy keeping up with 2 kids), but I found this one on my mom's computer and it's one of my favorite pictures of the two of them. 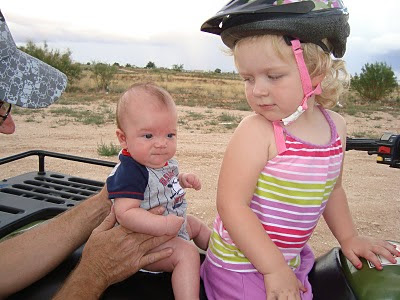 Posted by Michelle at 1:02 PM No comments: