It's not quite his birthday (23rd), but we had a cake for him on Saturday and he got to open his presents. I seriously cannot believe he's already 3!! 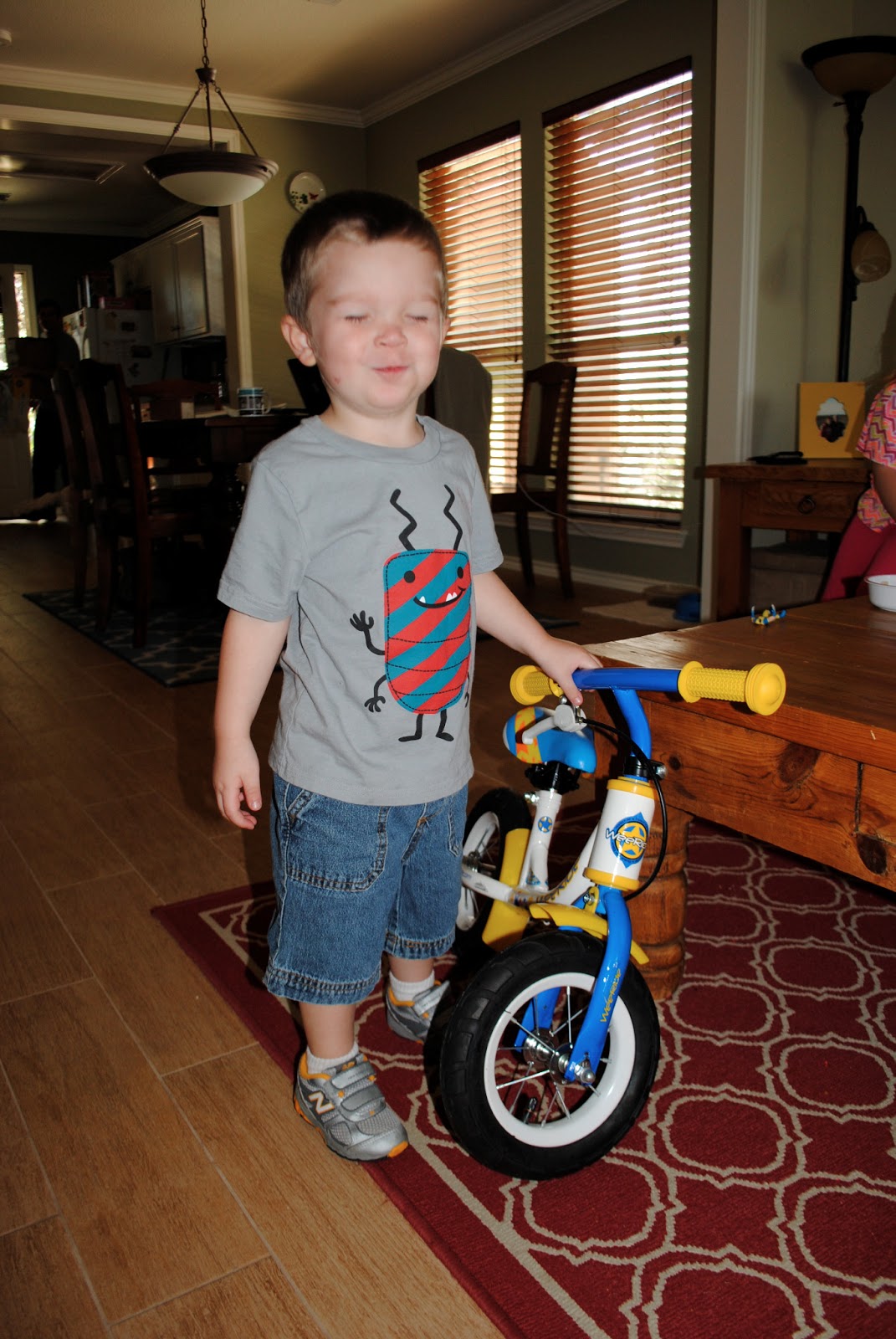 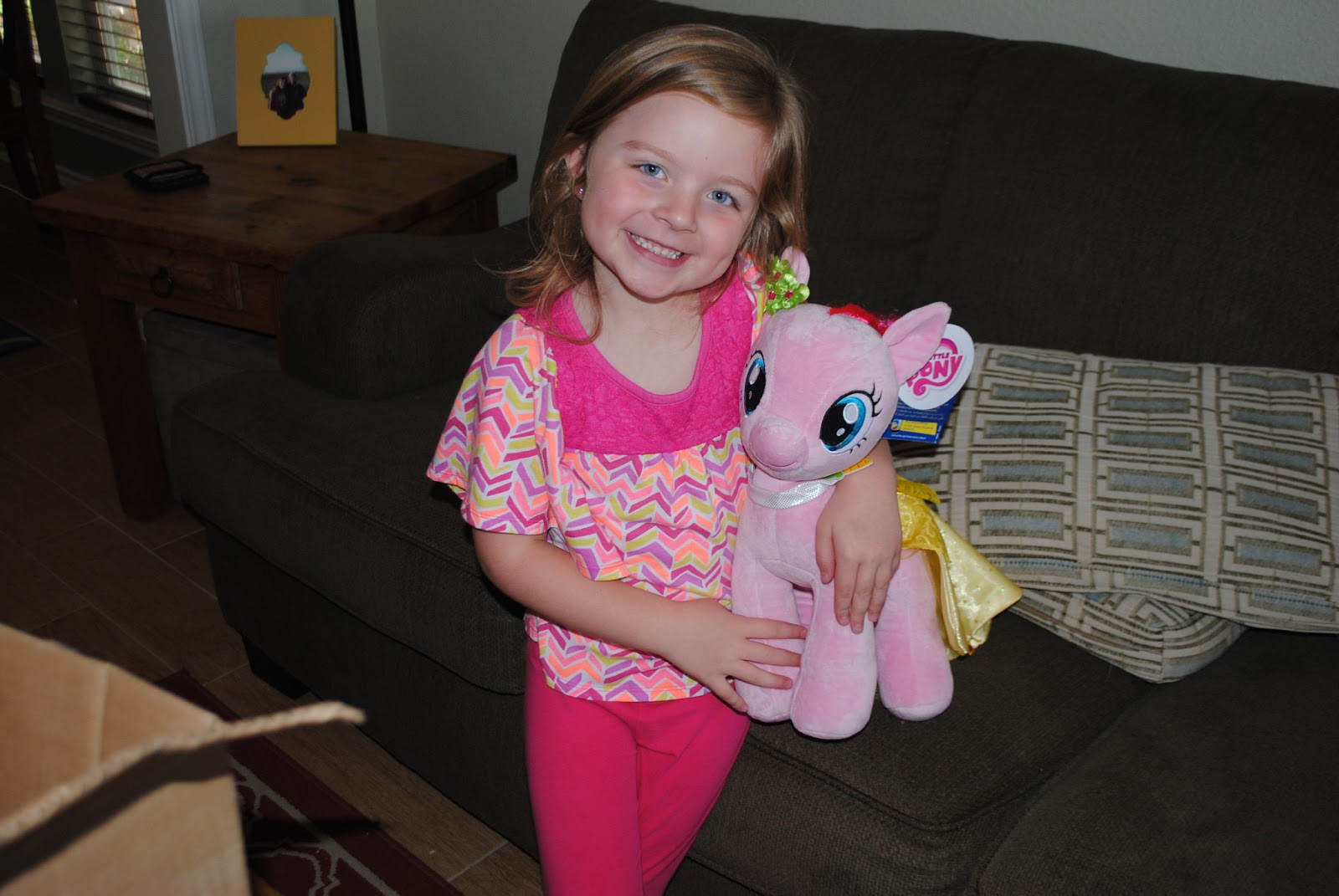 Sammy got a little something too :) 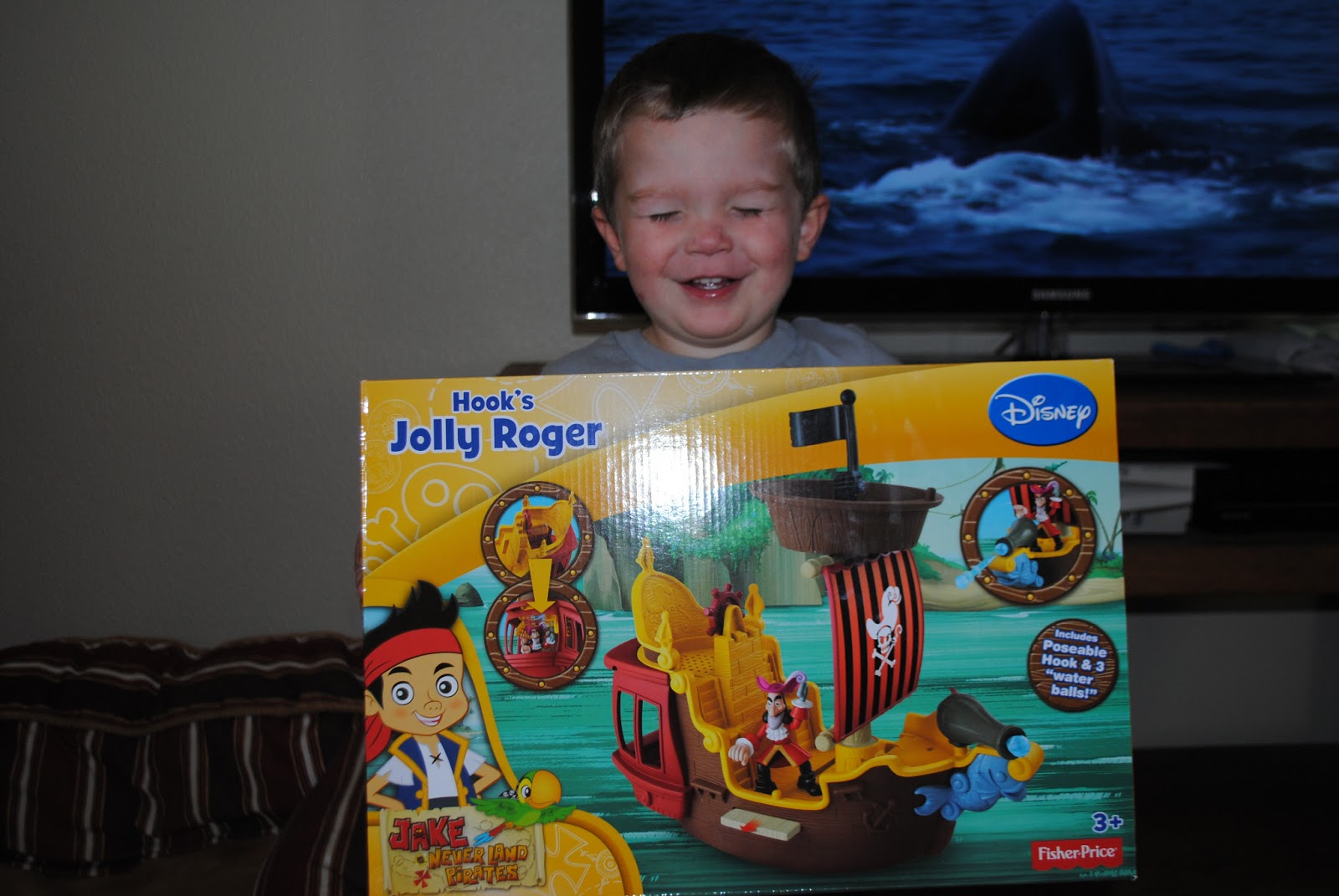 More presents from Mom and Dad. 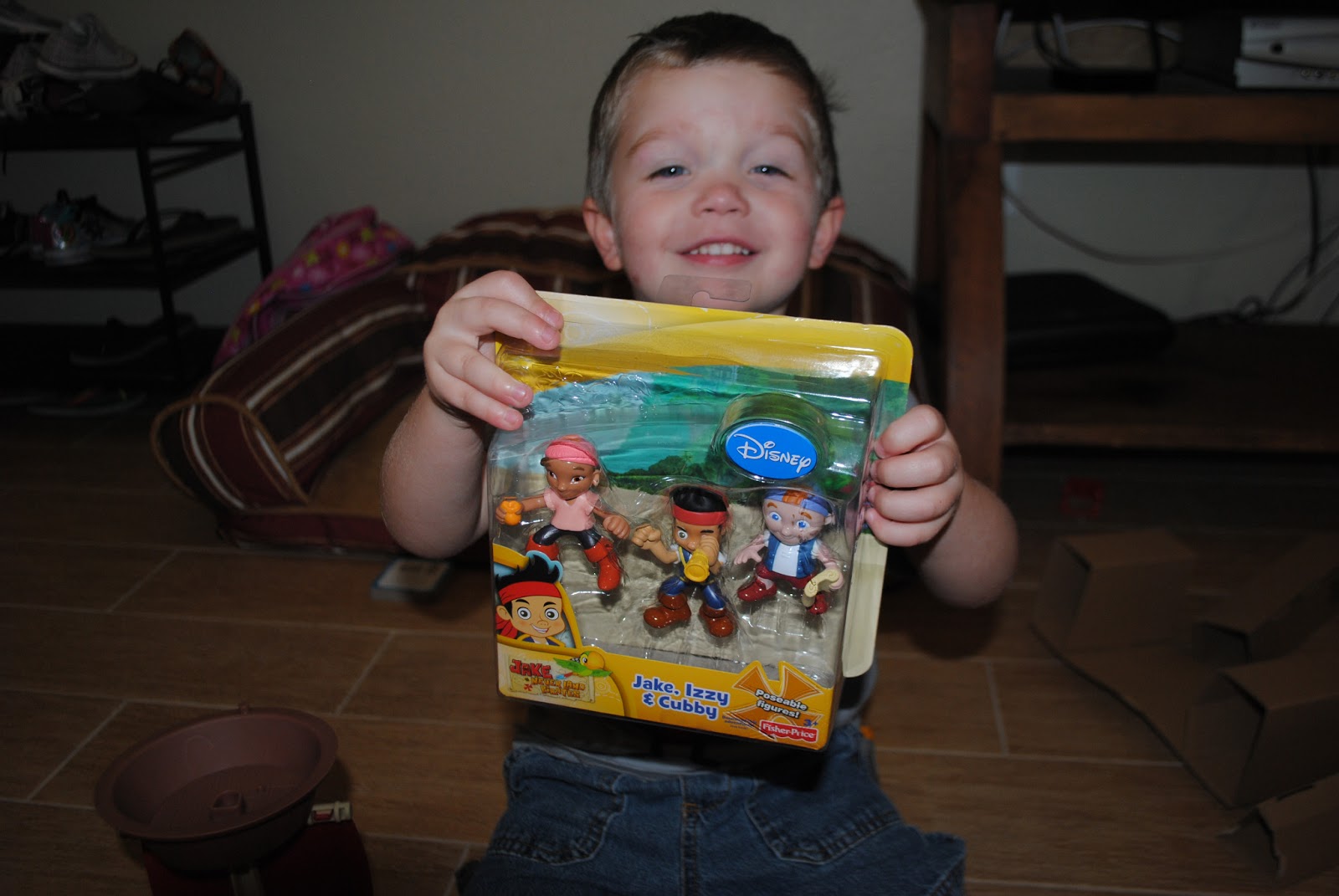 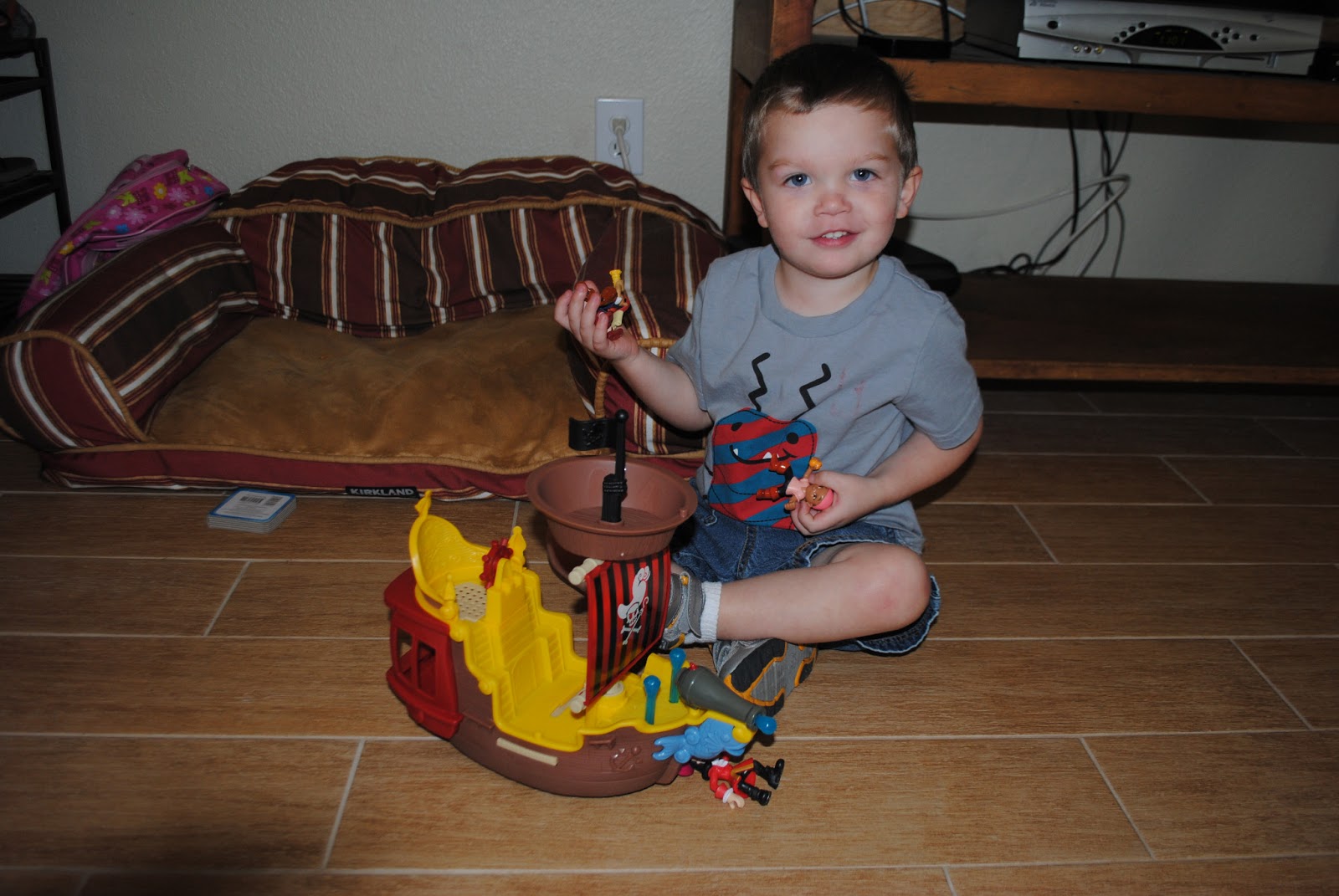 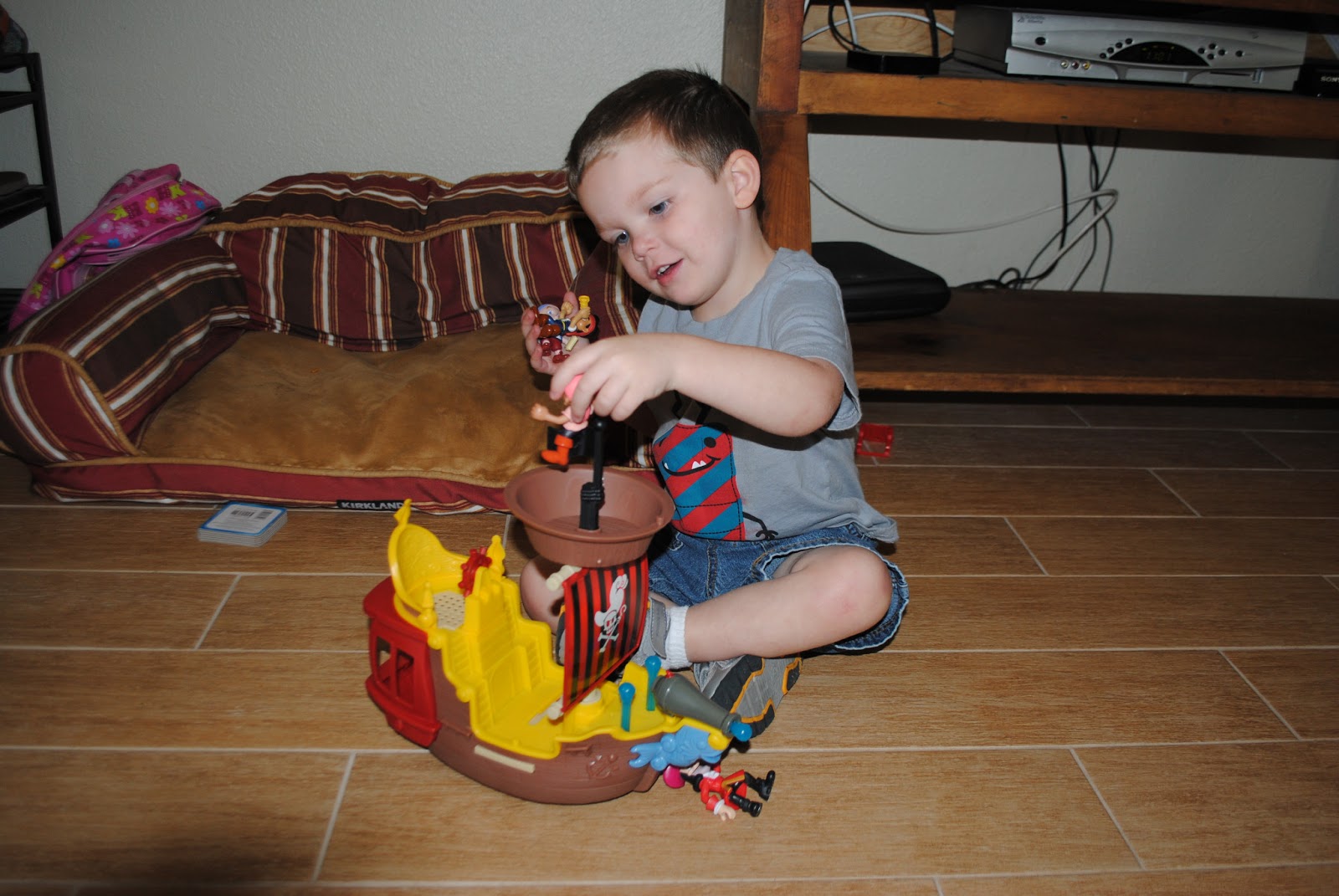 He played with this thing for 3 hours straight, no joke. 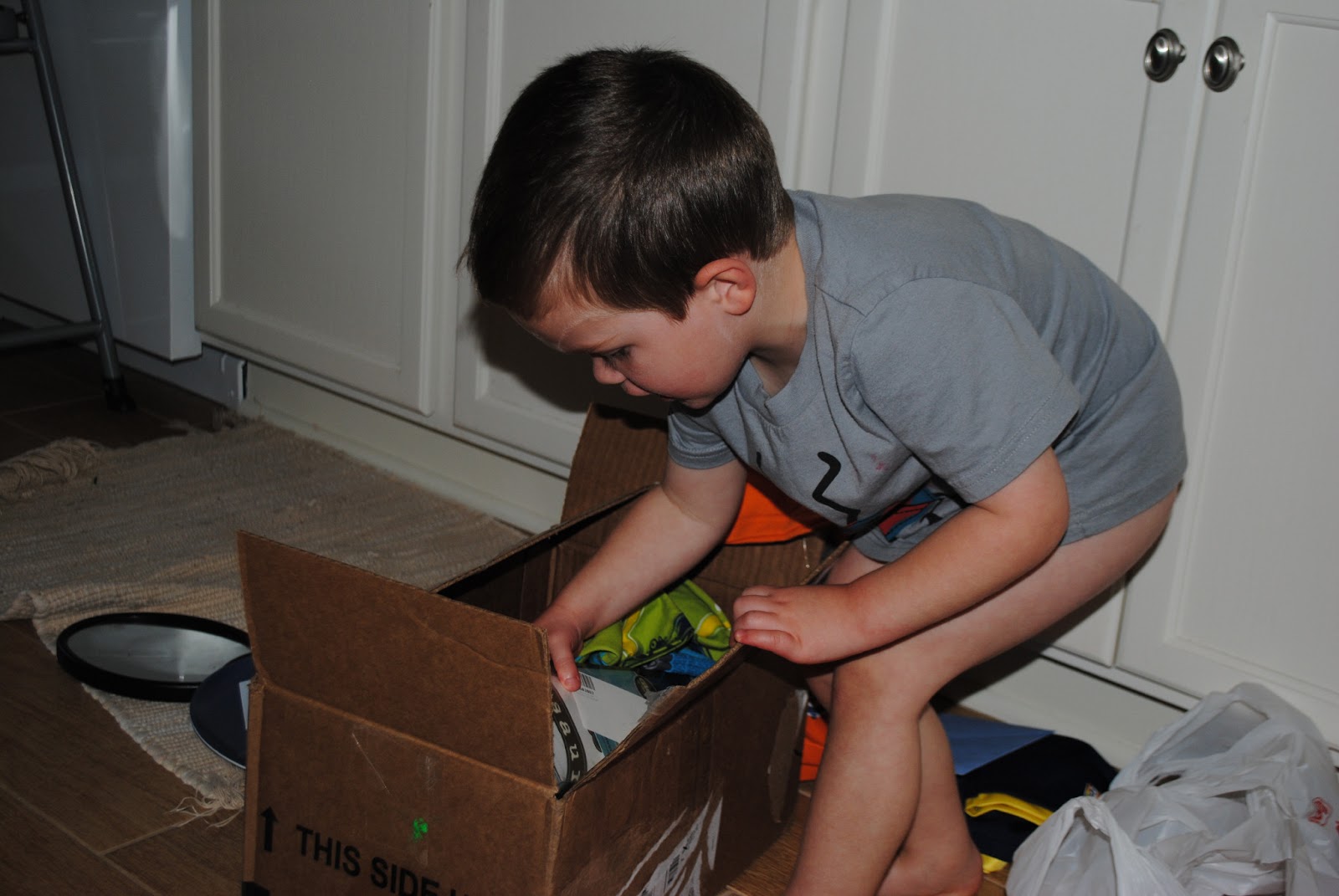 Opening the box from Aunt Kim, Uncle David, Ryan, Ashley, Henry, Parker, Dallas, and 'lil Henry.
There was some awesome stuff in there! Thanks guys. 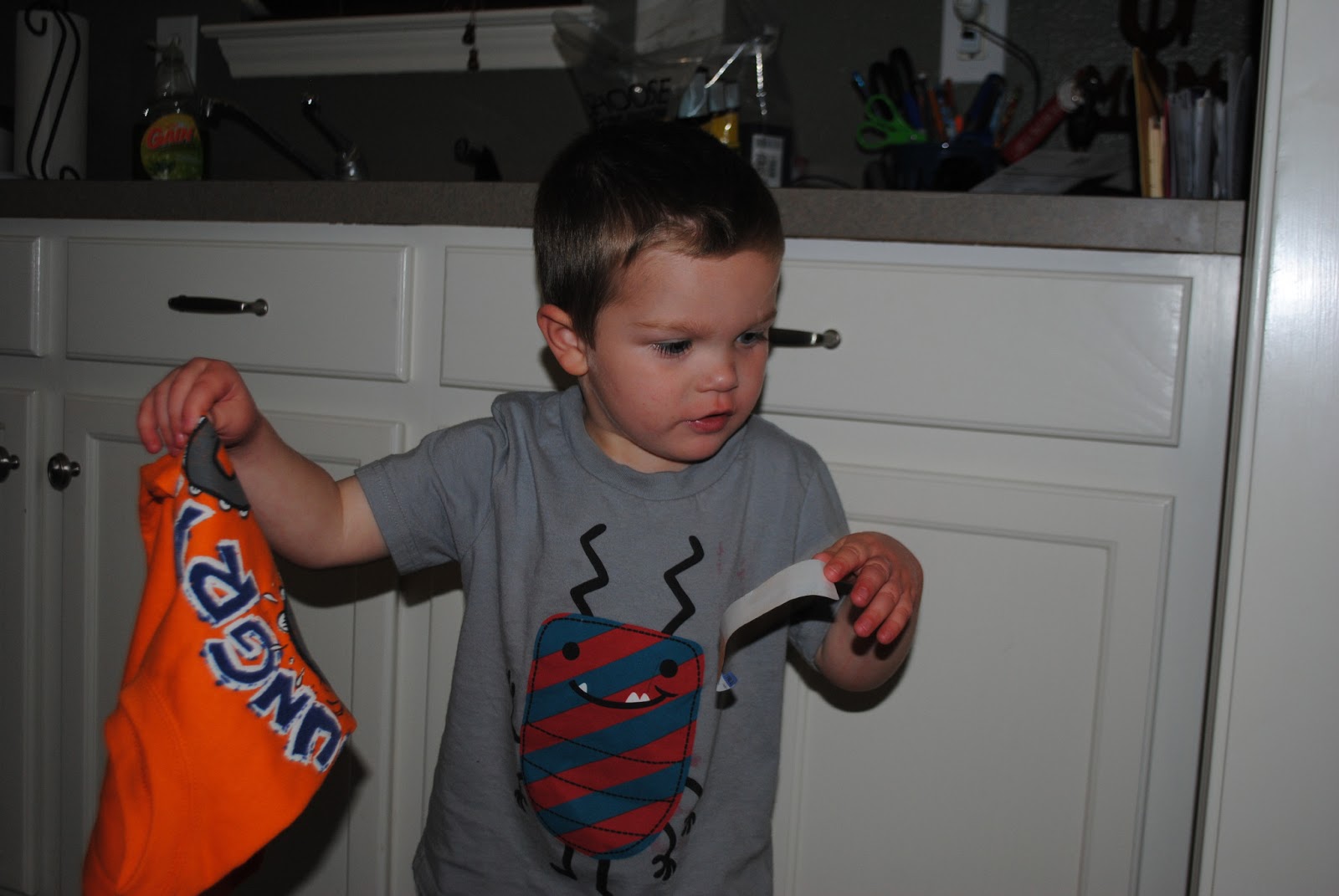 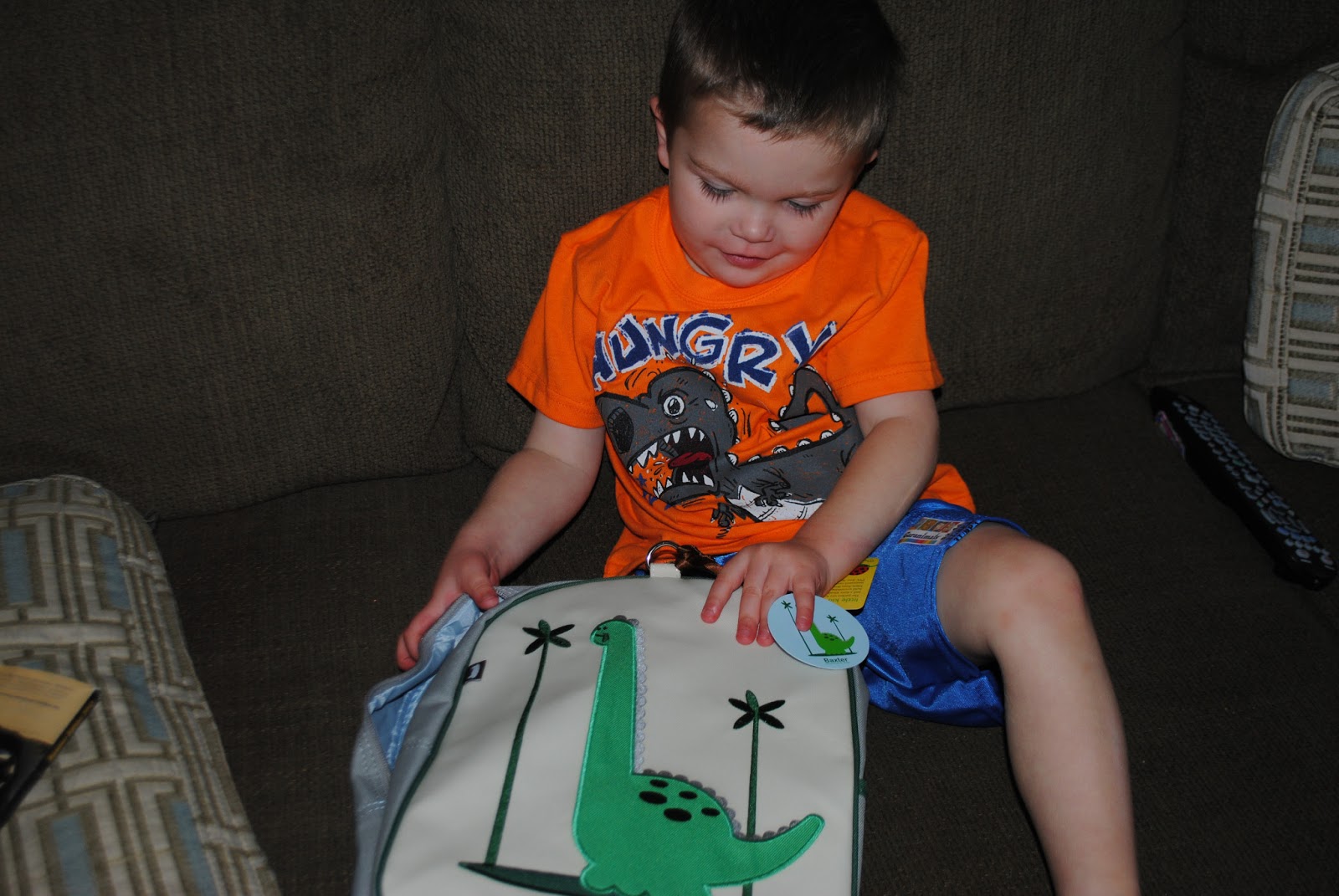 He immediately wanted to put on the new outfit and he was very excited to have basketball shorts.
That backpack is pretty awesome too. 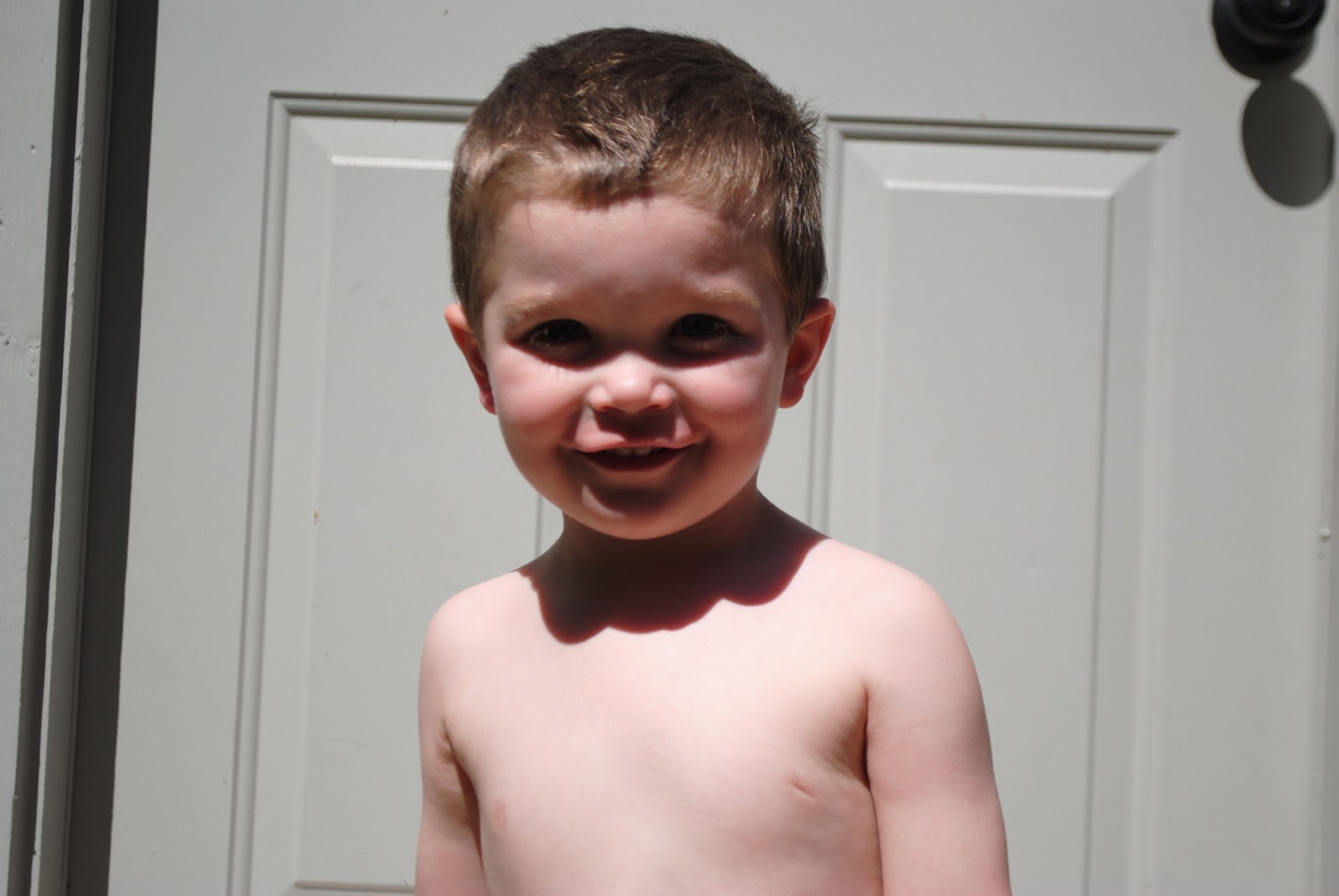 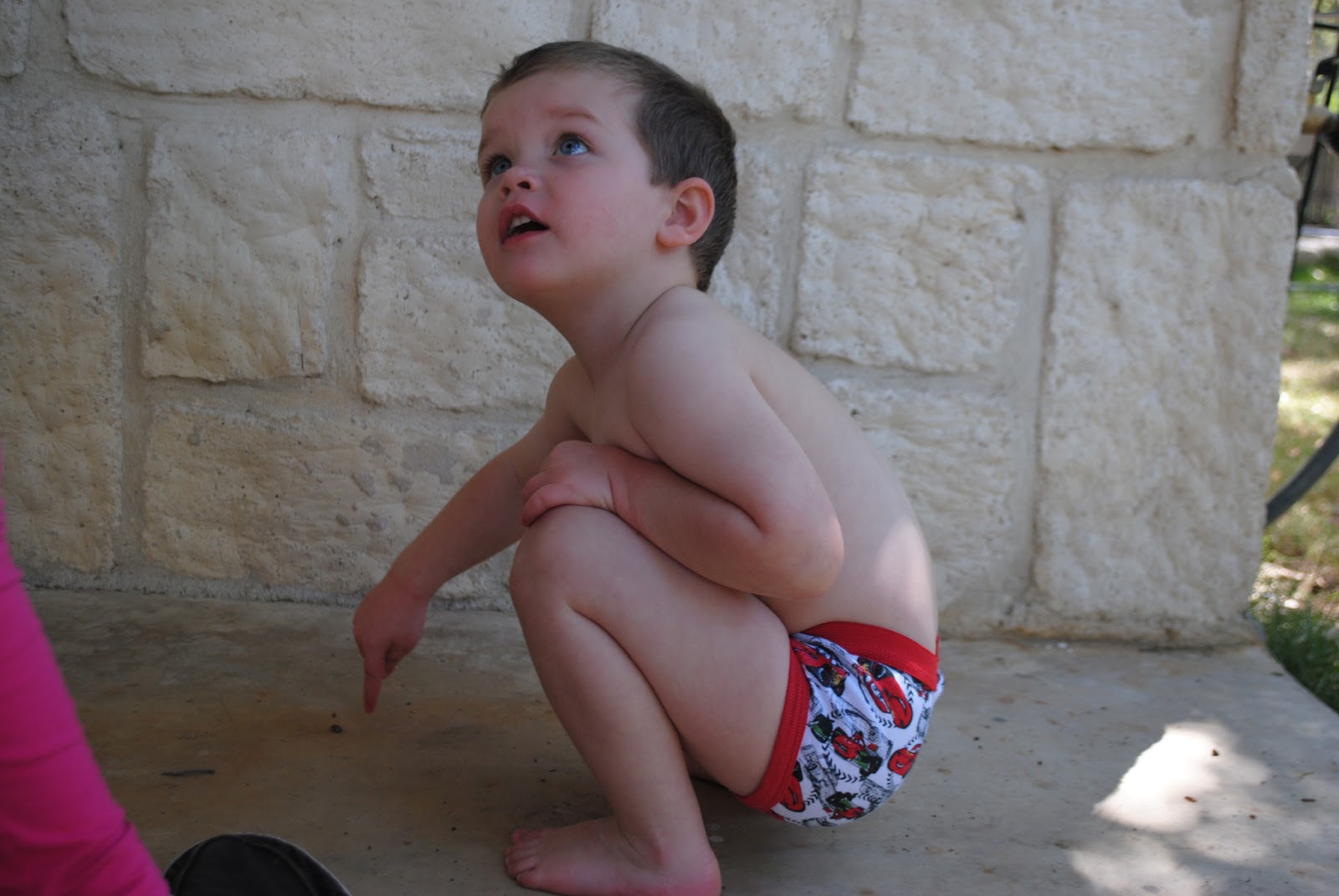 He found a bug. 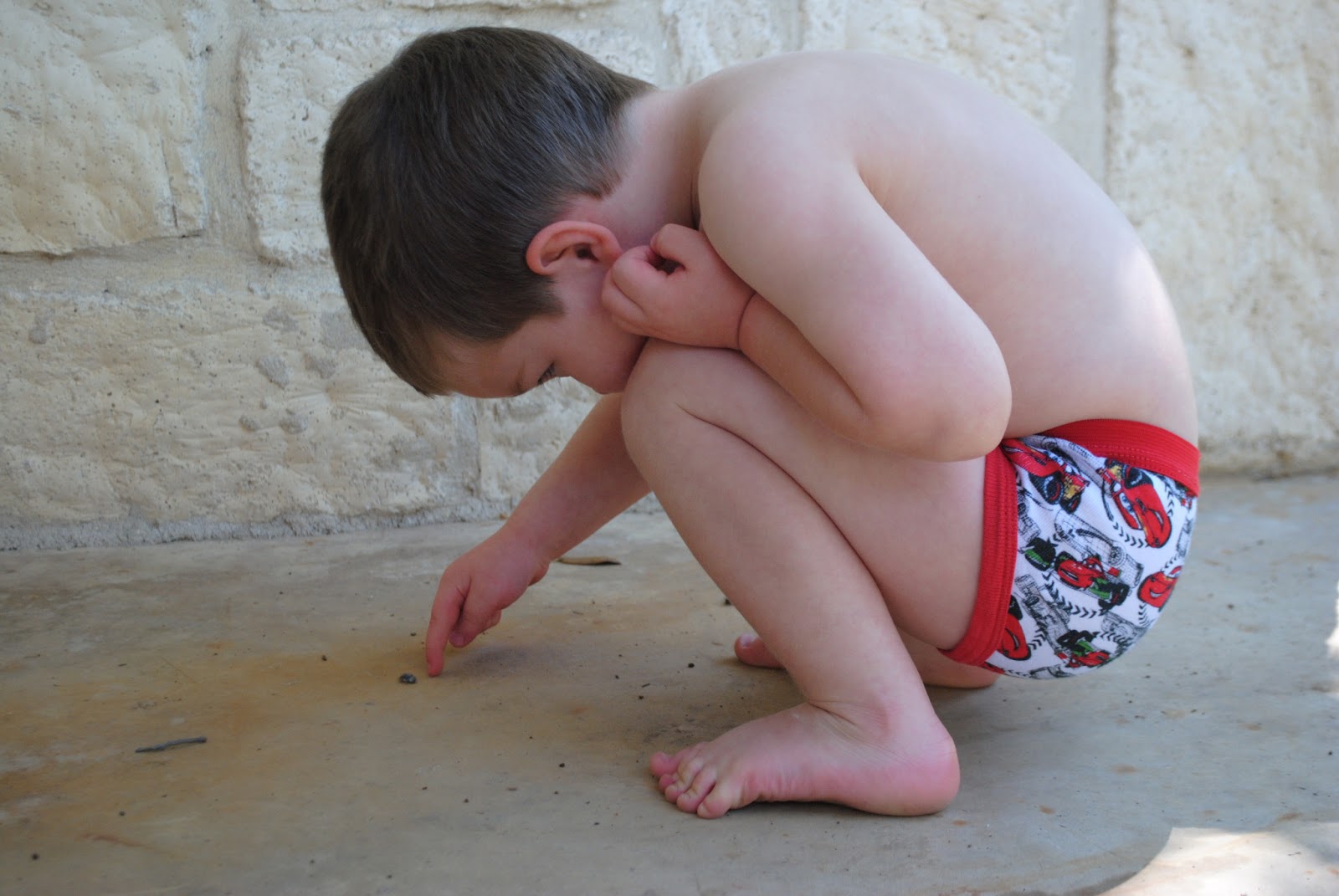 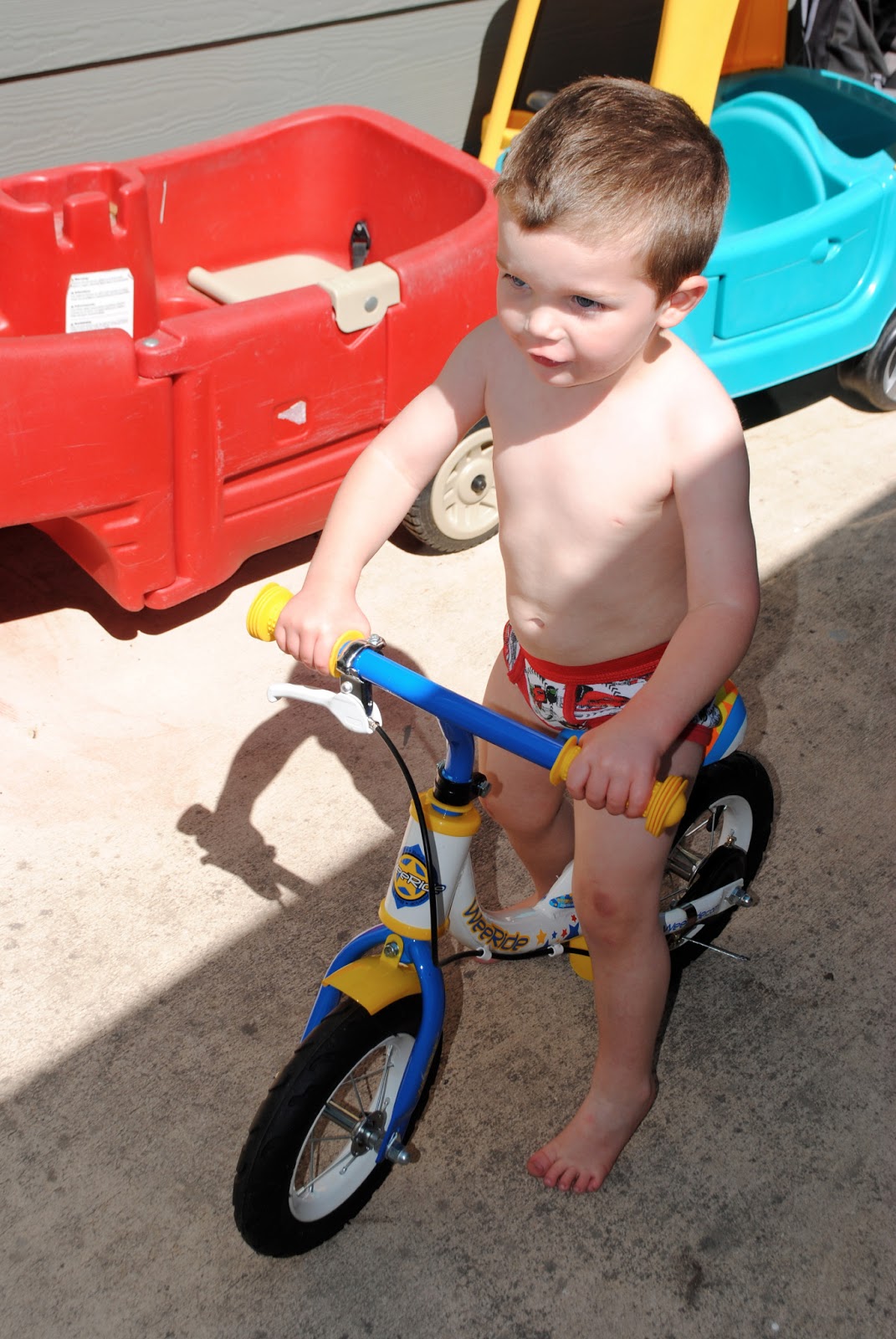 He usually prefers to be naked, but since we were taking birthday pictures and we were outside, I talked him into putting on underwear. 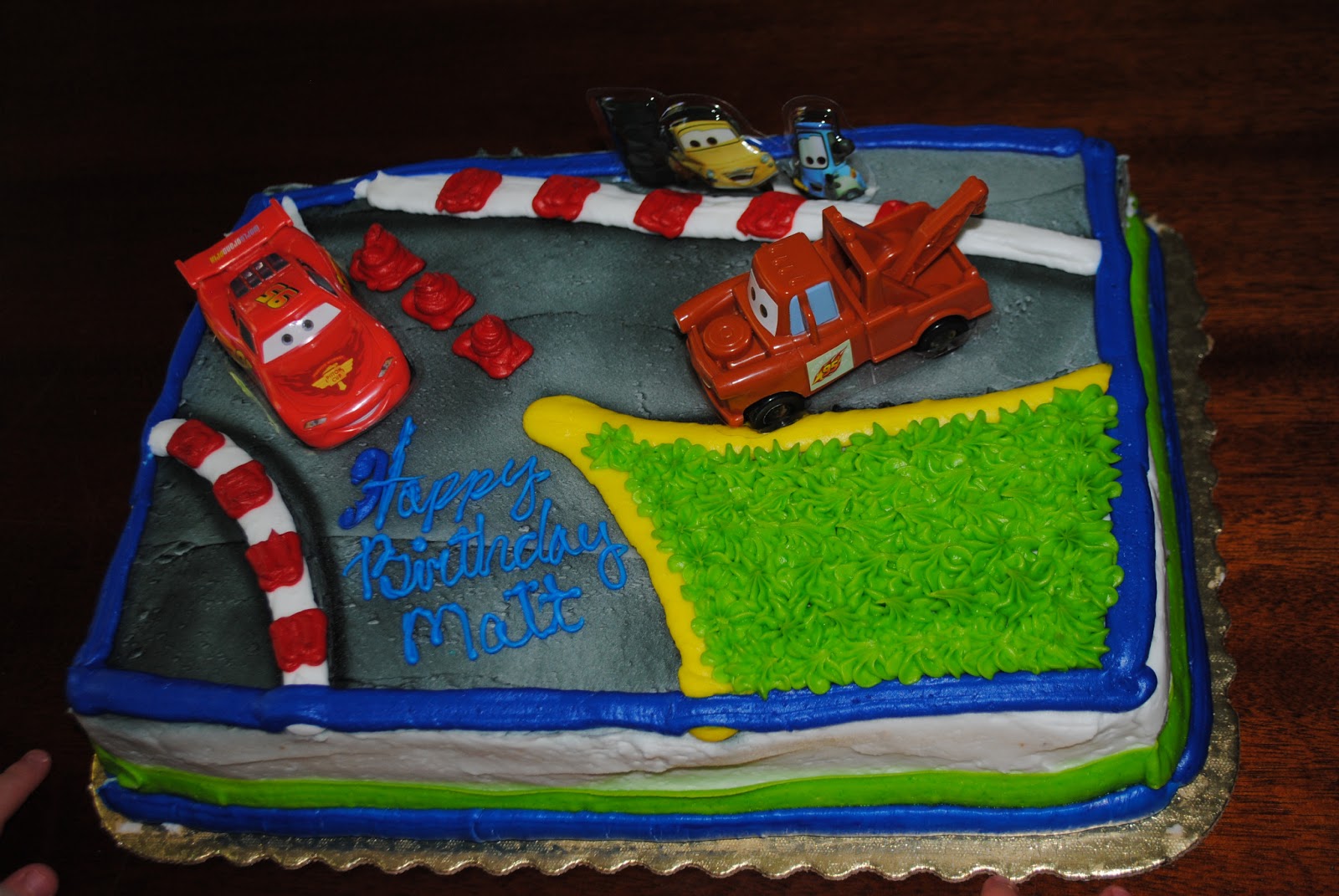 He has been super into pirates lately, but he really wanted a Cars cake. 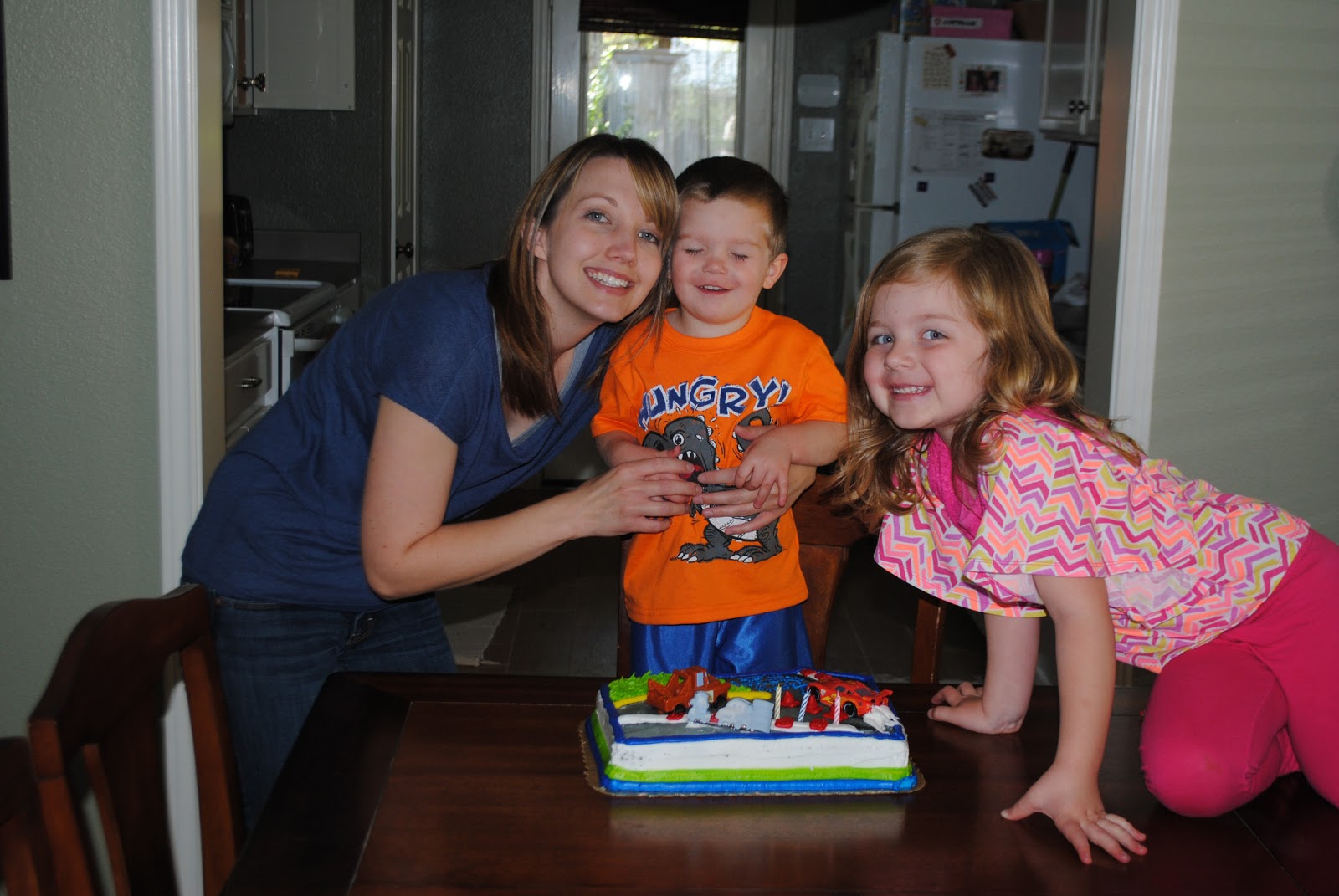 It was just us, and Sam (he's taking the picture) but it was still fun. 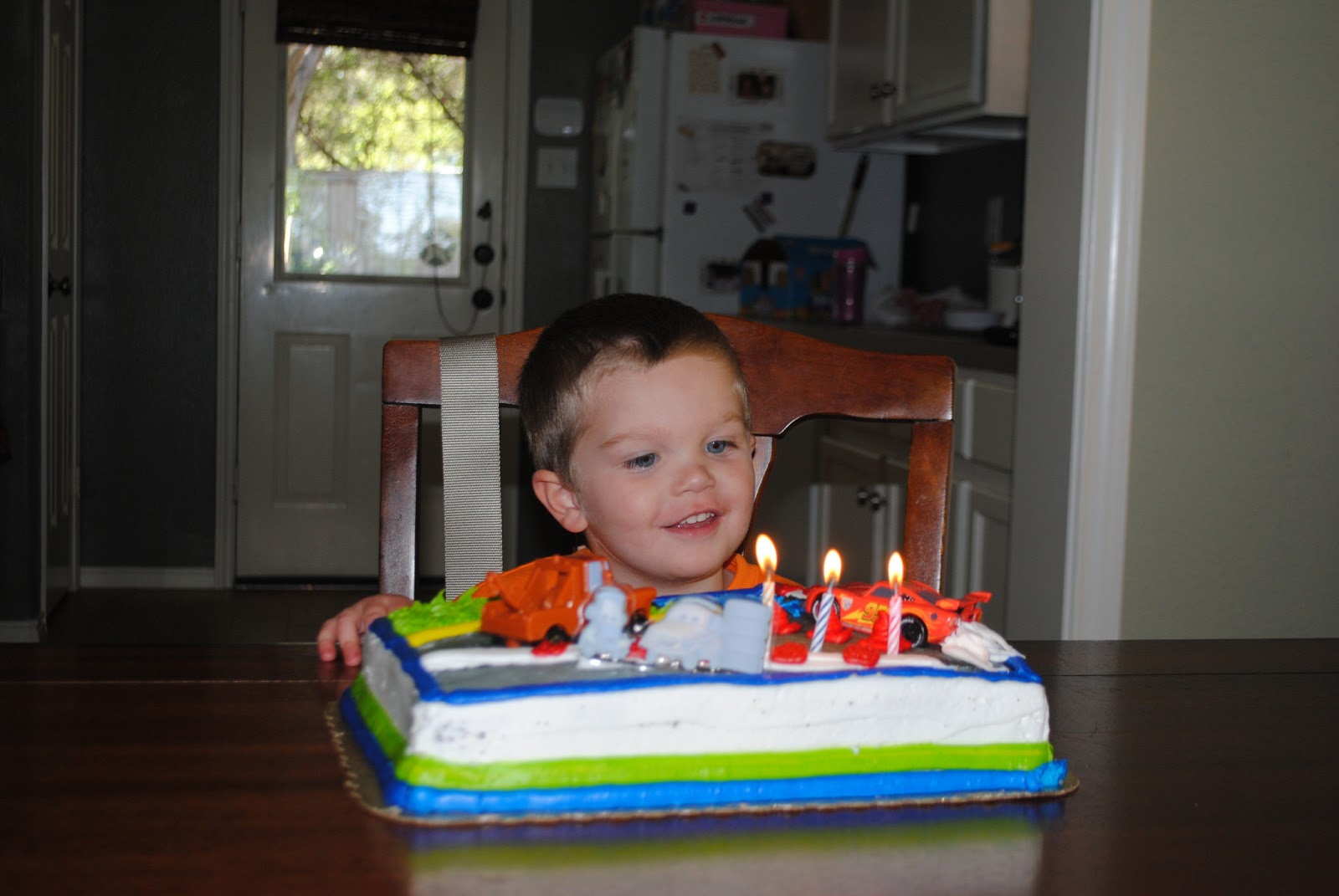 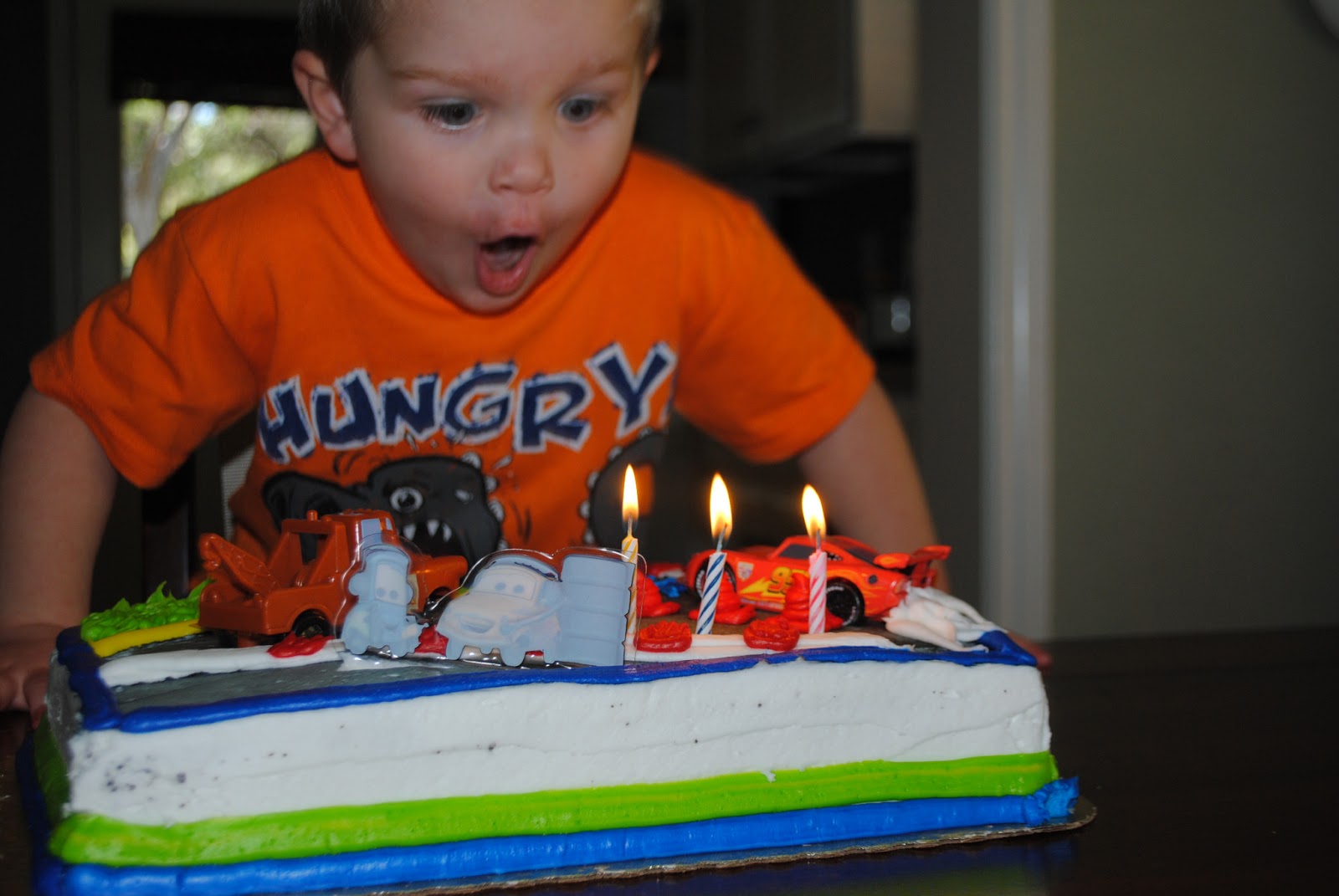 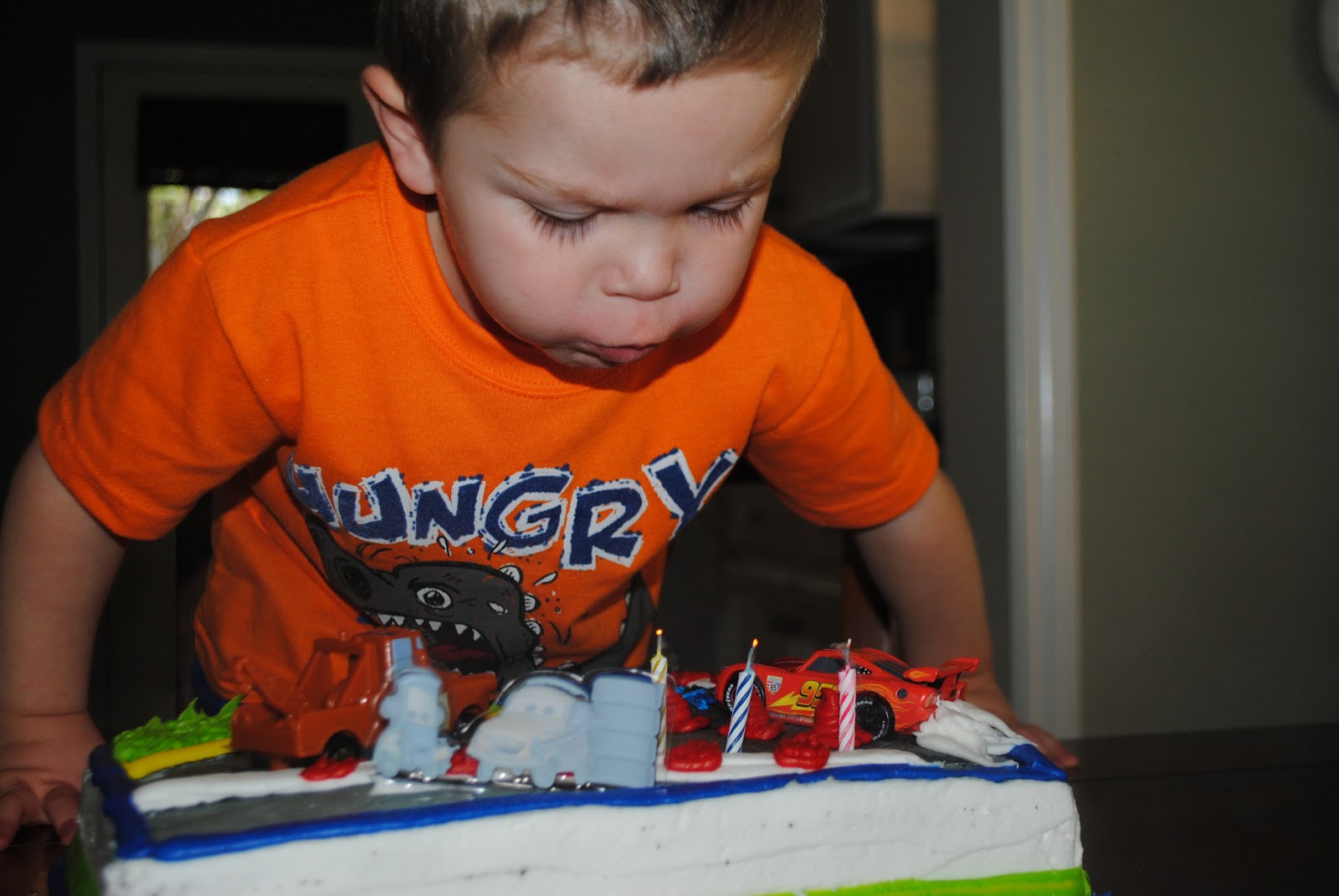 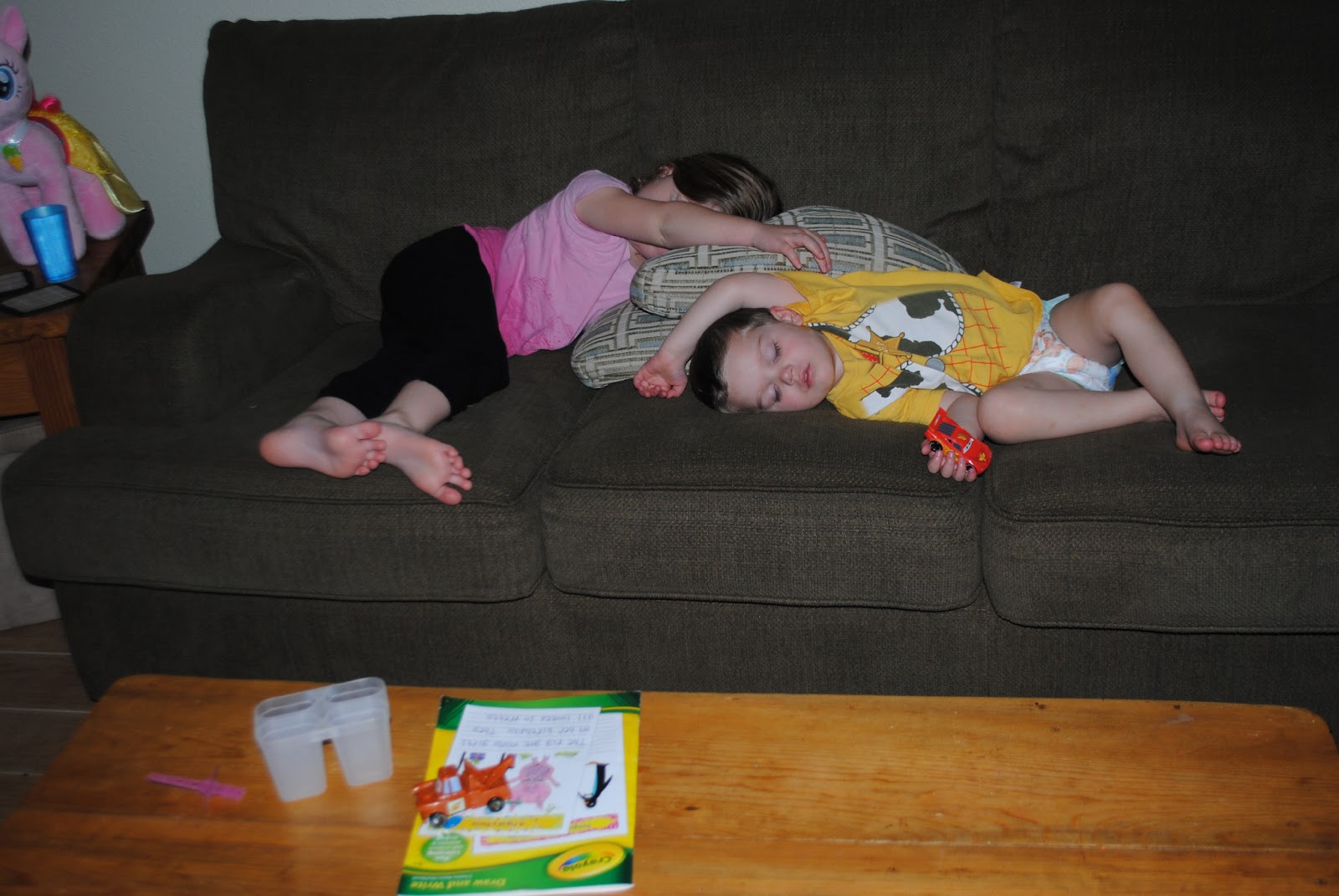 Isn't this awesome on the rare occasion that it happens?

Surprise!
We decided this morning to take the kids to Sea World. We may only have a few months left in San Antonio, so we decided to take advantage of the nice weather and spend the day with the fish. 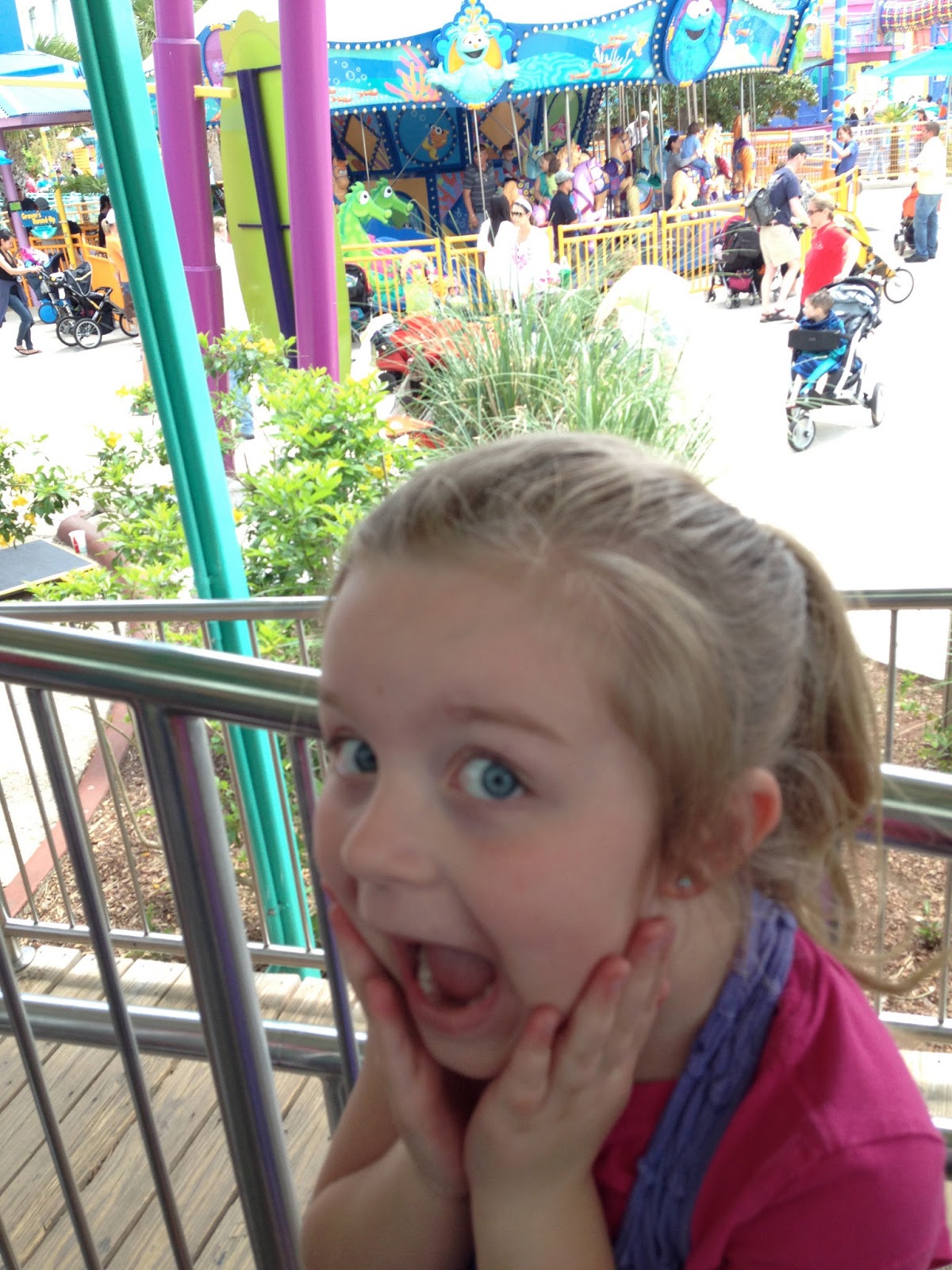 She is reenacting her surprised face. When we were driving there I was afraid she'd see the road signs (she's reading everything these days). We got lucky and she didn't even notice till we drove in and she said she was glad we didn't drag her to the store. 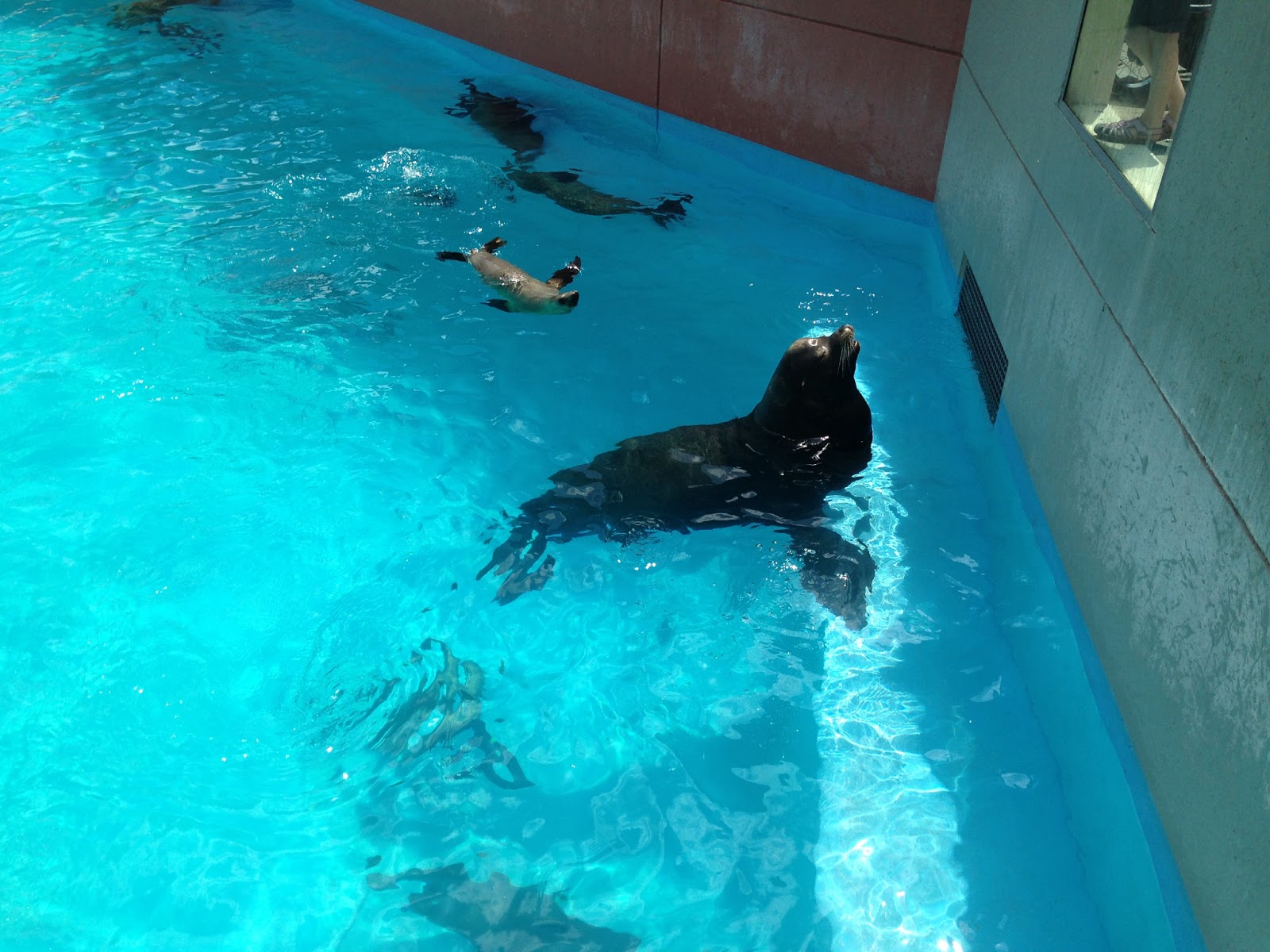 Matt loved the sea lions. There was one (the big one) that kept barking for fish. Matt thought he would bark back. It was pretty cute. 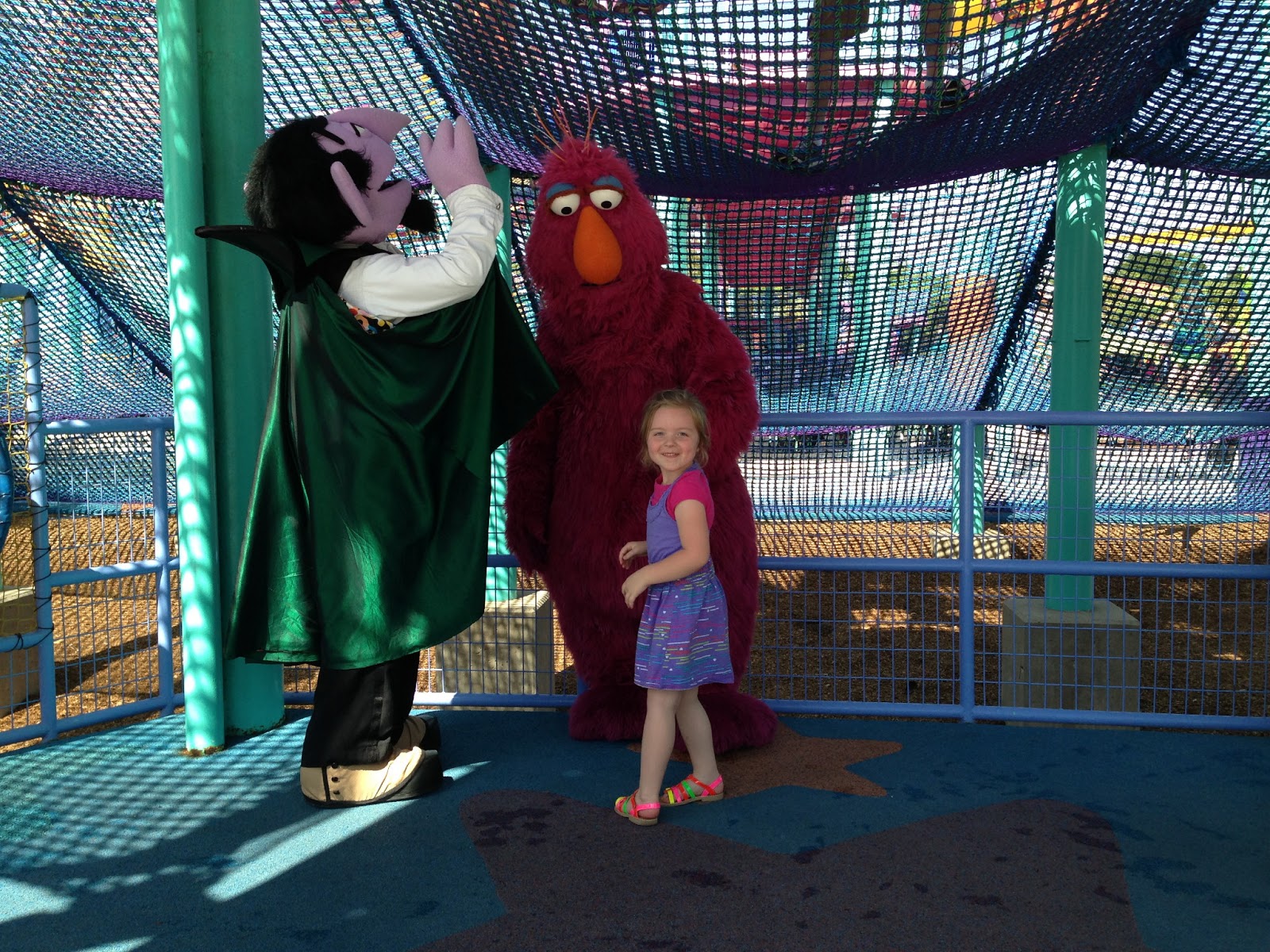 For some reason, these are the only characters Samantha can manage to get a picture with.
The only bummer about today was that Samantha mustered up the courage to go on the log ride, but it was closed :( 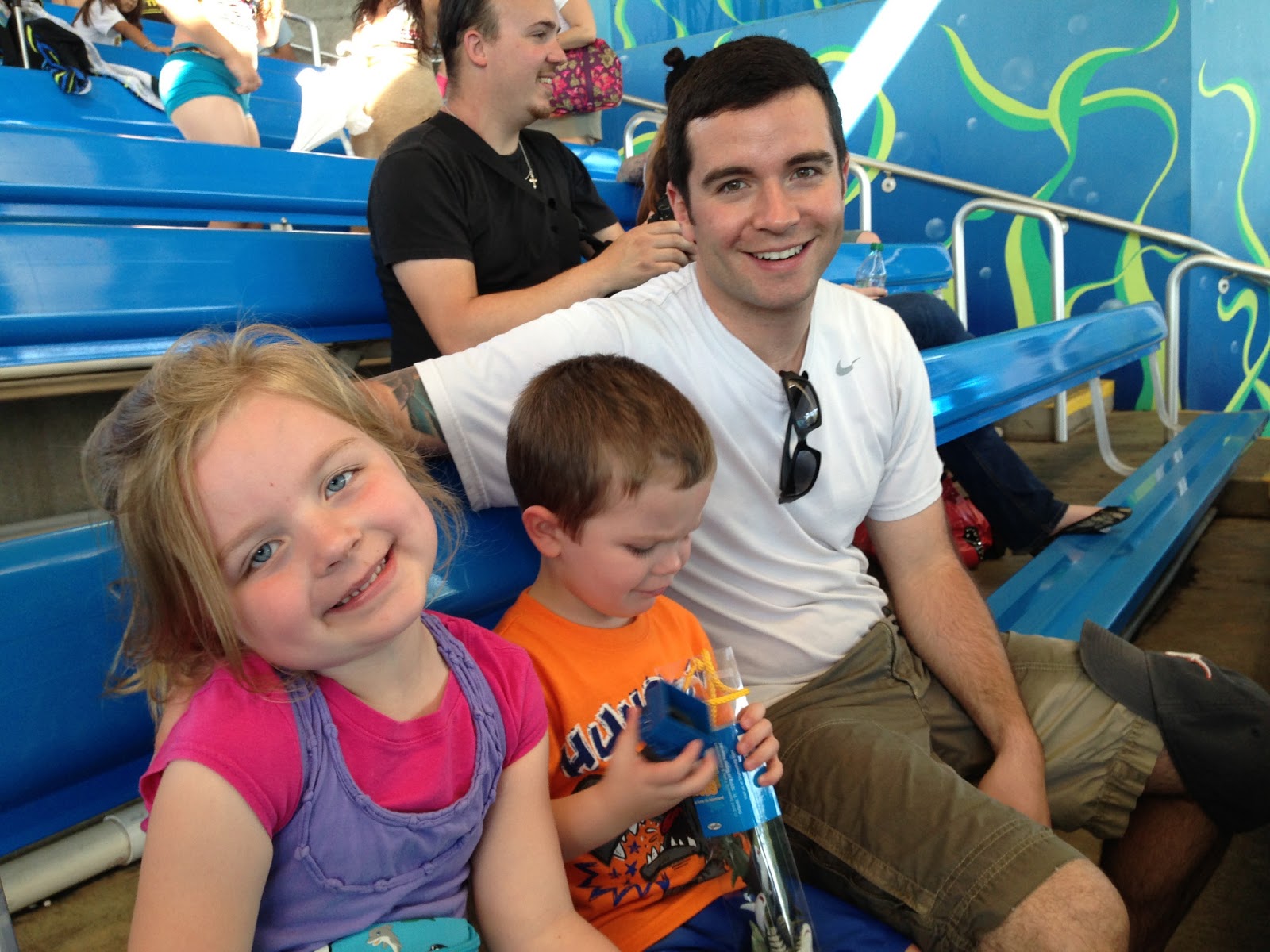 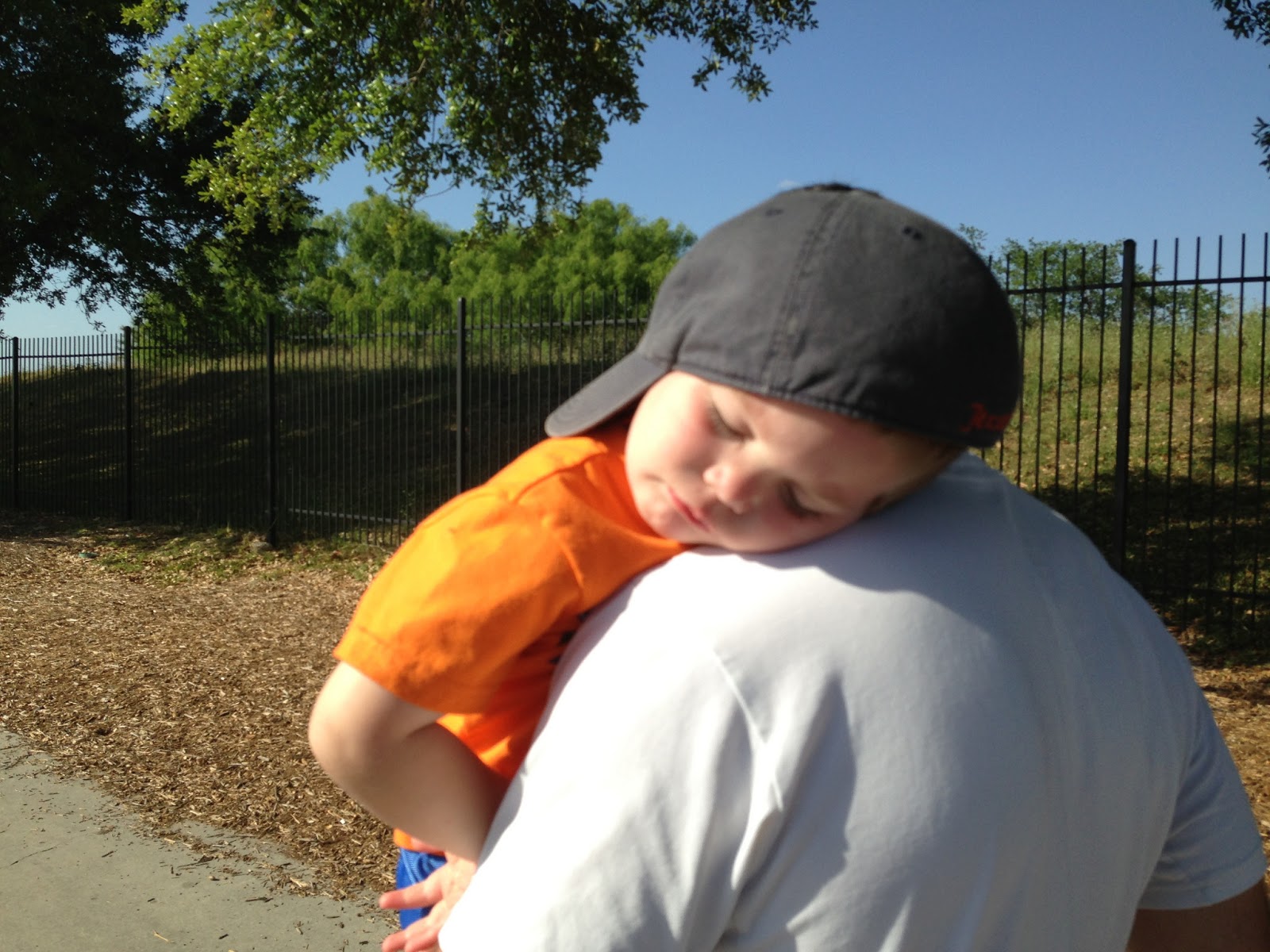 And he almost made it :) I would say he had a pretty awesome birthday weekend. Thanks to everyone that sent cards and presents. We'll have to take him on a mini shopping spree this week.
Posted by Michelle at 6:19 PM

Great content thanks for sharing this informative blog which provided me technical information keep posting.

Thanks for splitting your comprehension with us. It’s really useful to me & I hope it helps the people who in need of this vital information.
Online DevOps Certification Course - Gangboard
Best Devops Training institute in Chennai

Hmm, it seems like your site ate my first comment (it was extremely long) so I guess I’ll just sum it up what I had written and say, I’m thoroughly enjoying your blog. I as well as an aspiring blog writer, but I’m still new to the whole thing. Do you have any recommendations for newbie blog writers? I’d appreciate it.
Advanced AWS Course Interview Questions And Answers, Top 250+AWS Jobs Interviews Questions and Answers 2018
Advanced AWS Jobs Interview questions and answers |Best Top 110 AWS Interview Question and Answers – india

I have been searching for this blog for a long time and by now I am able to get it read. Keep sharing more stuff information...

This was a very informative article, indeed loved to read and clear my doubts. Keep us posted a lot more blogs. Also check out our blog pages too.